A chauffeur chased suspected Molotov cocktails were detained after a conflict in Paramount. 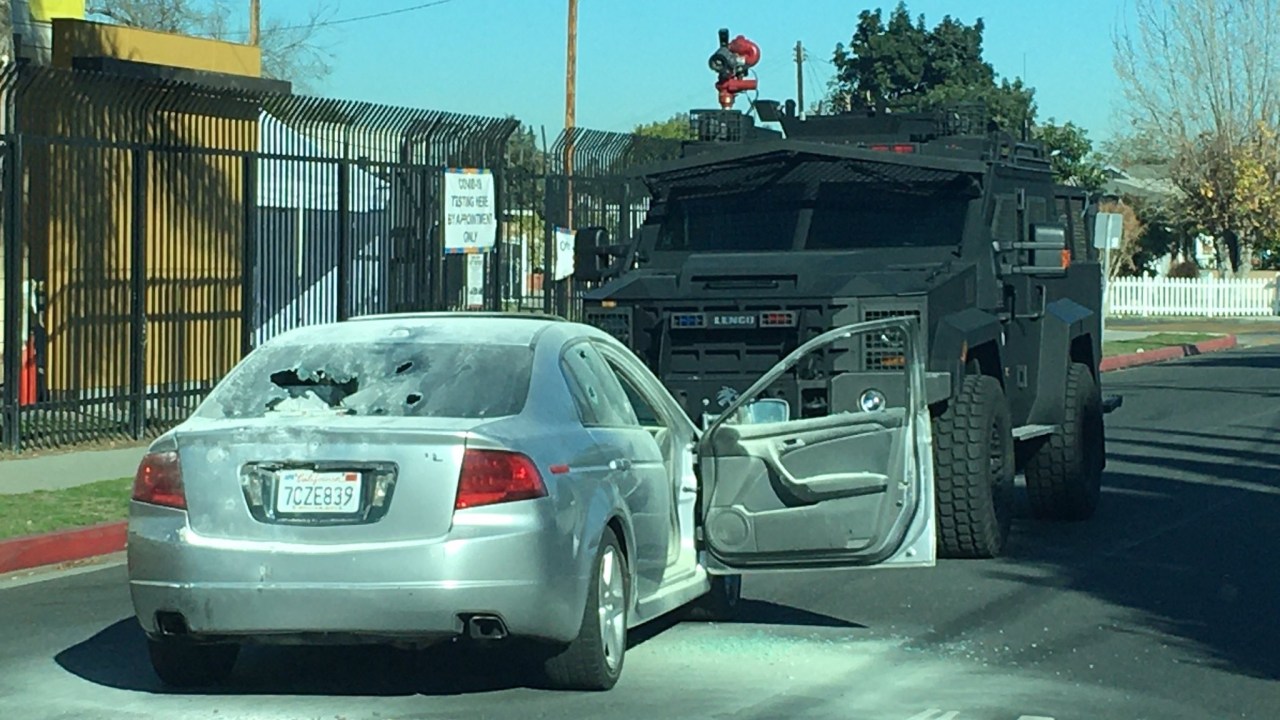 A driver chasing after a suspected armed gun and Molotov cocktail was detained after a collision with Paramount area officials on Thursday morning.

The follow-up continued for a while, prompting officials at one point to enter surveillance mode, Salles said.

Sky5 is above this car, a silver Acura with broken windows amid conflicts with the authorities.

The suspect, who climbed into the back seat of the car after stopping, apparently started burning things inside the car.

After the lights went out, the suspect remained in the vehicle and refused to leave, a spokesman for the Los Angeles County Sheriff̵

The video shows the armored vehicle arriving around 9 a.m. to help remove the suspect from the vehicle.

The Sheriff’s Department tweeted shortly after 11:00 that the suspect was detained and the neighborhood was safe.