Breaking News
Home / Health / As sites switch from Covid-19 testing to vaccinations, health officials warn that a balance is needed.

As sites switch from Covid-19 testing to vaccinations, health officials warn that a balance is needed. 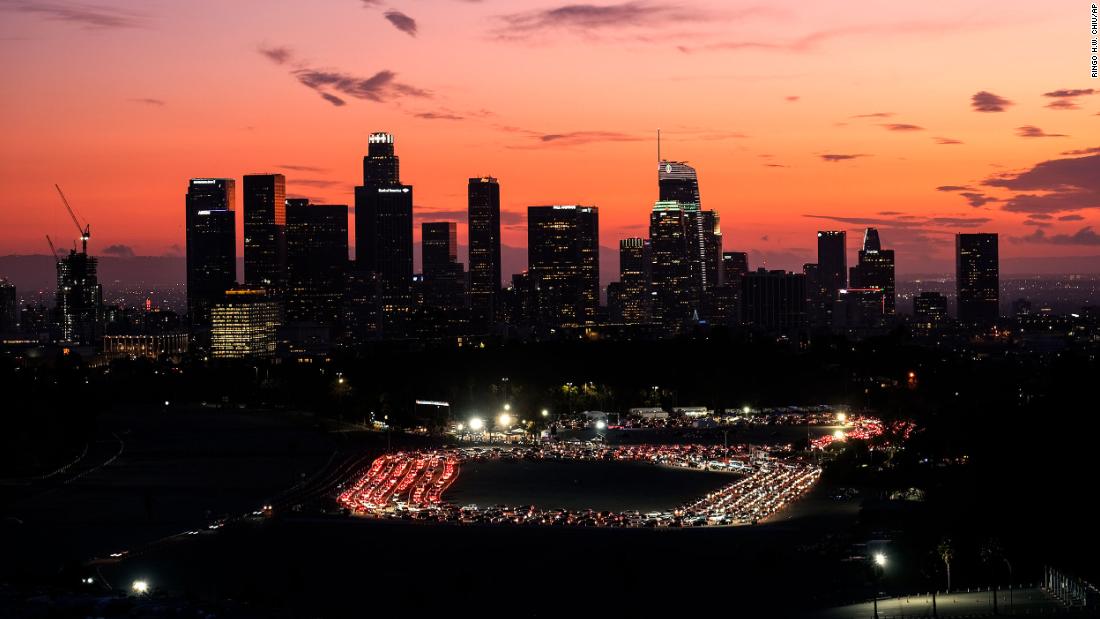 Several health officials have warned that a balance must be used to ensure efforts to test for Covid-19 continue even as the country pushes for more coronavirus vaccinations.

“The shift at some of the larger venues from testing to vaccination, at least now, makes sense, just because we have to start expanding vaccination doses. But I think there is a balance, ”Plescia said.

“We can’t turn everything into vaccinations,” he said. “We need resources to get people tested.”

In Los Angeles, Dodger Stadium will switch to the Covid-19 vaccination facility by the end of the week and stop providing Covid-19 testing on Monday, according to a statement made by L.A. Mayor Eric Garcetti.

The announcement stated that the change of the resource “It will temporarily reduce the testing capacity” in the LA area, but “the daily vaccine will be more than three times” for the local population.

“Since the beginning of this outbreak, the Dodger Stadium has been the home base for our testing infrastructure, an integral part of our efforts to monitor the COVID-19 outbreak. Outbreak and save lives, ”Garcia said.

“Vaccines are the most sure path to defeating this virus and charting a pathway to recovery, so the city, county and our entire team are putting the best resources into the field to get Angelenos vaccinated as quickly and safely as possible. And the most efficient “

In New York City, a large area for COVID-19 vaccination will be set up at the Citi Field Stadium later this month, according to Mayor Bill de Blasio’s announcement.The stadium was previously used for Covid-19 testing. In this outbreak
“We chose this site in part because it is one of our very popular test sites,” said Dr. Ted Long, executive director of NYC Health + Hospitals Test and Trace Corps, who will run the center. Vaccination Said during a briefing on Tuesday “So we succeeded in testing there, we will succeed with the vaccine there.”
Major league baseball teams reached out to district and city health officials this week to offer every MLB stadium in the country as a mass vaccination facility, National Association of County and City Health Officer Lori Tremmel Freeman told CNN on Wednesday. Wednesday

“These stadiums are a great place to be reused for more vaccinations,” Freeman said, but she added that testing is still important.

“We have locations across the country still experiencing high levels of transmission and recurrence of the disease that we cannot reduce testing at now,” she said. “We are too early in the injection process. Vaccines to do so because we still have to mitigate and manage the spread of disease even if we get vaccinated. ”

Sports stadiums are not the only facilities shifting to vaccination sites or a shift away focus from testing to vaccines. For example, officials in Orange County, California, announced Monday that the Disneyland Resort in Anaheim would become a vaccination facility and will open later this week.
In Philadelphia, a nonprofit called “Philly Fighting Covid” opened a number of vaccination clinics at the Pennsylvania Convention Center last week. The group then announced on Sunday that “Testing is being canceled until further notice to focus on vaccine action.”

Massive vaccination sites are likely to emerge after the U.S. Department of Health and Human Services announced Tuesday that the federal government will help states set up.

“If states want to set up a large number of vaccination sites, we are here to help,” US surgeon Jerome Adams posted on Twitter Tuesday.

‘We are not going to be vaccinated to find a way out’ from the falling power.

After plunging at the end of December, tests across the United States rebounded to record highs before the holidays. According to the COVID monitoring program, the seven-day average of the new tests was more than 1.9 million per day, and it has never been higher.

The COVID-19 vaccination and testing “continues simultaneously,” and the two are now “equally important.” The National Association of Counties told CNN on Wednesday.

“The county and local health departments are figuring out how to continue testing and conducting mass-scale testing,” Bryant said.

She said changing sports stadiums and other large areas for vaccines would be a boon for vaccine delivery. “As far as the testing goes, we know at the local public health level that it’s still very important, and we’re not going to sacrifice one another.”

The purpose of testing and vaccination is different.

From a public health perspective “Tests are needed in the short term to be able to respond quickly to an increase in cases and prevent or hinder outbreaks, while vaccination is a prophylactic method to prevent cases and end the epidemic,” said Dr. Saadiya Khan said. Assistant Professor of Preventive Medicine in Epidemiology at Northwestern University Feinberg School of Medicine.

“In an ideal world, we will have enough resources to optimize the vaccine rollout and continue testing the required doses,” she said. “I think there will always be giving and taking.”

Plescia, from the Association of State and Territory Health Officers, acknowledged that vaccination is the solution to the epidemic – but it is not a solution to the now-record high number of cases and deaths.

“This is a problem we are experiencing right now, with the infection rate rising rapidly, with hospitals becoming more and more dying, we are not going to get vaccinated to avoid that problem,” Plescia said.

“What we do now with vaccinations hasn’t actually happened for months, so to control what’s happening right now, we need to continue testing, isolate and quarantine people with masks.” And maintain Social distance “

COVID is the youngest dead on the peninsula.