Breaking News
Home / World / At least 10 people die after hospital in India is deprived of oxygen: ‘everyone is helpless’

At least 10 people die after hospital in India is deprived of oxygen: ‘everyone is helpless’ 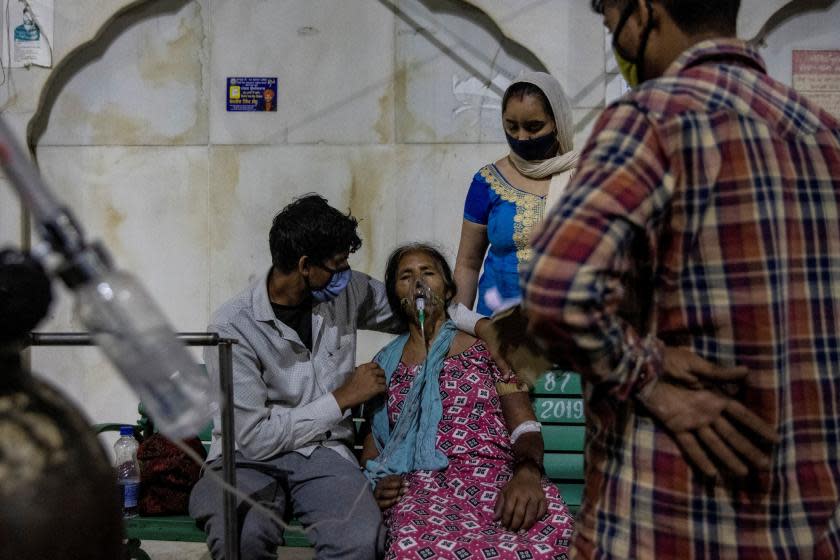 At least 10 people have died at Chamarajanagar District Hospital in Karnataka, India, after the hospital was deficient in oxygen.

4 more people died before oxygen arrived on Monday morning. But it was not clear if the lack of oxygen was the one leading to death, said Rani, a 28-year-old nurse. New York Times Her husband, 29, Sureendra, was one of the COVID-19 patients who died.Sureendra was in the intensive care unit and Rani said when she spoke to him at dinner, he sounded okay. At about 11:30 p.m., he called and gasped, she said, and begged her to come to see him before his death. timeHe added, “What would I do without my husband?”

Oxygen shortages are hitting hospitals across India, which are struggling to cope with the sharp rise of coronavirus cases and deaths.On Monday, the federal health ministry reported COVID-infected cases. Most of India’s oxygen plants are in the eastern part of the country, while the worst COVID-19 outbreaks are in New Delhi and Western Maharashtra. And it can take days for supplies to move where they are needed.

The government says that enough liquid oxygen is available to help all patients is just a matter of hospital delivery, which doctors and specialists disagree, said Prof Ritu Priya of the Center of Social Medicine and Community Health at Jawaharlal University in New Delhi. with time Lack of oxygen is “Regulatory failure, we were unable to regulate oxygen distribution channels over the past year when that’s what we should do. We live from oxygen tanks to oxygen tanks.”

At the Jaipur Golden Hospital in New Delhi, oxygen is supplied daily at the same time. timeBut on April 24th, they did not come on schedule and there was no oxygen left. As a result, 20 COVID-19 patients died “one by one,” he said. “I have no words to express my feelings when the patients die.”

More stories from theweek.com
5 hilarious cartoons about Giuliani’s legal abuses
Europe is back in recession. Not just a virus
What is Elon Musk’s backlash really about?