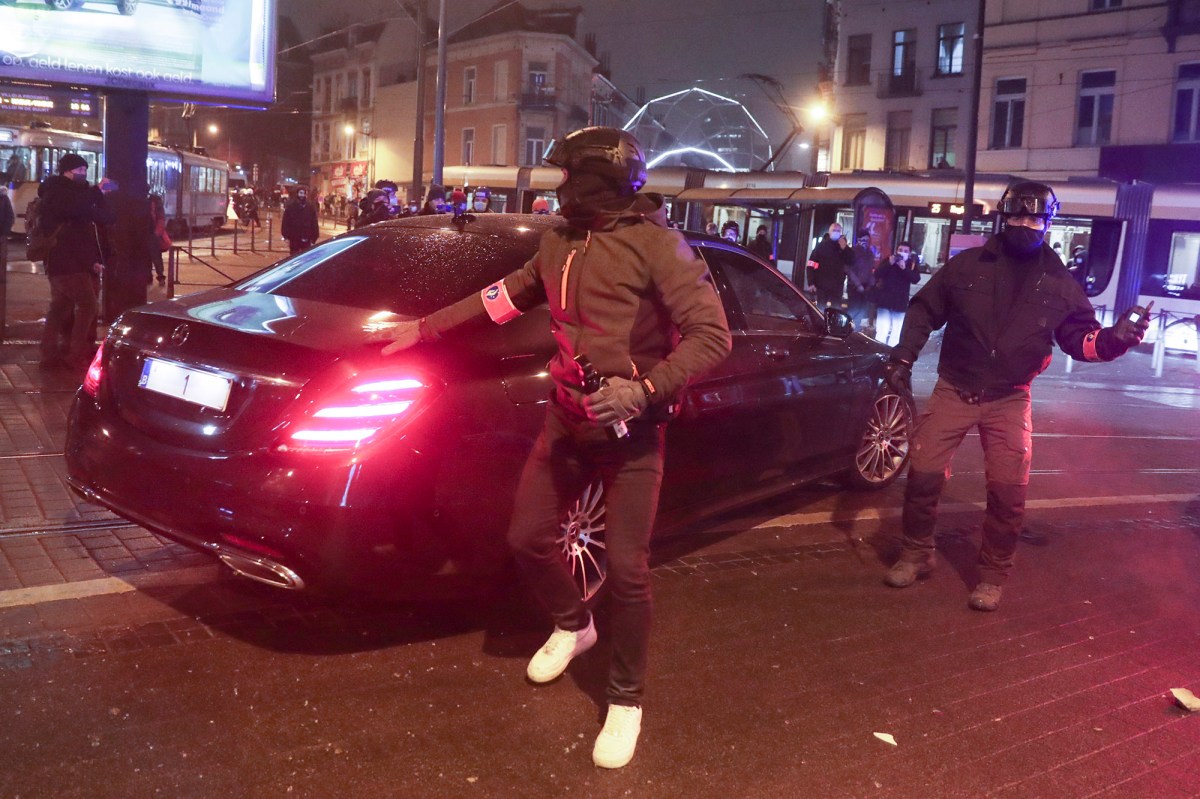 King Philippe traveled home to the Lachen Palace castle from his office in Brussels on Wednesday when his car was besieged, according to local reports and images from the scene.

A photo from the European Pressphoto Agency shows the king’s car amid protests. A pair of security guards on foot protect their identifiable vehicle with a license plate numbered “1”.

There were no reports of the King’s injuries or damage to his vehicles.

Four were detained Thursday in protest, three charged with arson.

7;s police death of a 23-year-old black man whose identity has not yet been officially released.

The suspect tried to flee from Brussels police who enforced COVID-19 restrictions in the city center, officials said.