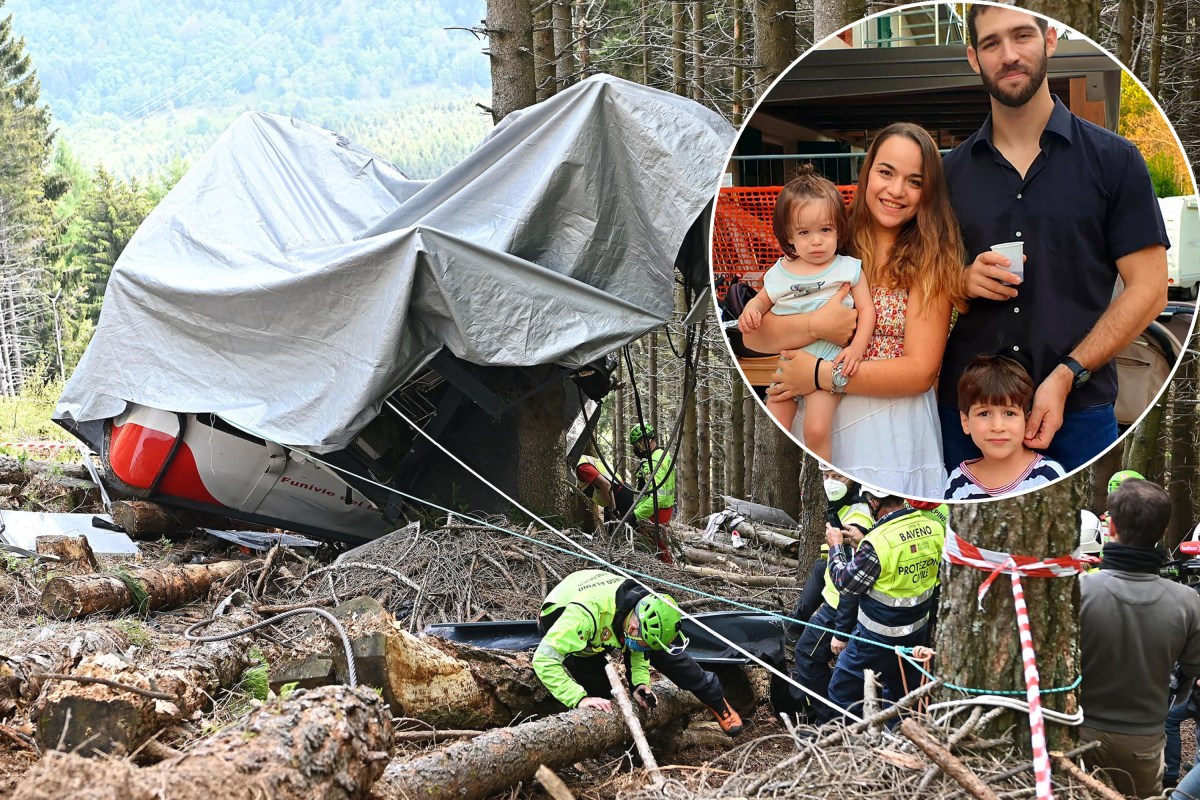 A 5-year-old is the only survivor of a cable car crash in the Italian Alps. That killed 14 people, including five members of his family, woke up in a hospital in Italy asking, “Where are mom and dad?”

It is unclear whether Eitan Biran, who survived when the cable car fell 20 feet above a mountain near Lake Maggiore in northern Italy last week. Knows that his parents, a 2-year-old brother and his grandparents have died. .

A hospital spokesman said: The child survived several fractures. escaped from his father’s embrace which died when the gondola crashed to the ground

his aunt, who worked as a doctor in Italy. Alongside his grandmother, his parents Amit Biran, 30, and his wife Tal Peleg-Biran, 26, and their son Tom. buried in israel

Italian authorities arrested three men on Wednesday linked to Ferrovie Mottarone, the company that manages the cableway, saying emergency brakes had been disabled.

The cable carrying the gondola broke last Sunday. As the cable car nears the end of the journey to the top of Mount Mottarone.