Breaking News
Home / World / China allows couples to have up to three children in an effort to reduce declining birth rates.

China allows couples to have up to three children in an effort to reduce declining birth rates. 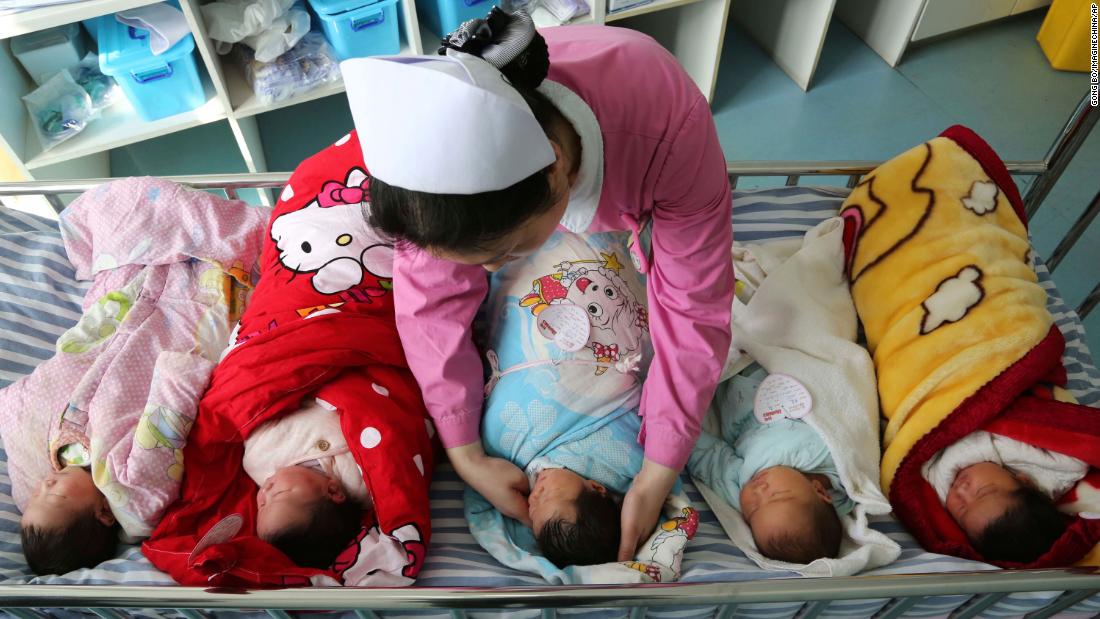 The top leader of the Communist Party of China made the decision at a meeting on Monday, state media said, in a move designed to combat the country’s aging population.

State media did not say when the new policy would come into effect.

It happened just three weeks after Beijing released it. The 2020 census shows China’s population is growing at its slowest rate in decades.

According to data from the National Bureau of Statistics of China. The population has only grown 5.38% over the past decade. This is the slowest growth rate since at least the 1960s.

7;s one-child policy was introduced in 1979 and restricted couples to one child for more than 35 years as the country seeks to tackle overpopulation and alleviate poverty.

China’s economy has grown rapidly in recent years. And demographic needs have changed. Today, governments are relying on a large number of young workers to support high economic growth.

In an effort to avoid a demographic crisis The Chinese government announced in 2015 that it would loosen maternity restrictions to allow up to two children per family.
State media try to mobilize support for the campaign. In 2018, the Communist Party’s mouthpiece published a full-page column titled “Maternity is a family matter and a national issue too.”
However, the policy reversal failed to increase the country’s birth rate. That is down nearly 15% year-on-year in 2020. Some couples say the rising cost of living in China is making it too expensive to have a second child.

at the same time China’s population is aging rapidly. which is detrimental to economic growth The 2020 census data shows that the proportion of the population over 65 has increased dramatically over the past decade, from 8.87% in 2010 to 13.5% in 2020.

The Chinese government has also discussed raising the retirement age in an effort to deal with aging workers. Men currently retire at age 60, while women can stop working at 55 for white-collar workers.