Breaking News
Home / World / Colombia sent troops to the western provinces. After four people were killed during the protests.

Colombia sent troops to the western provinces. After four people were killed during the protests. 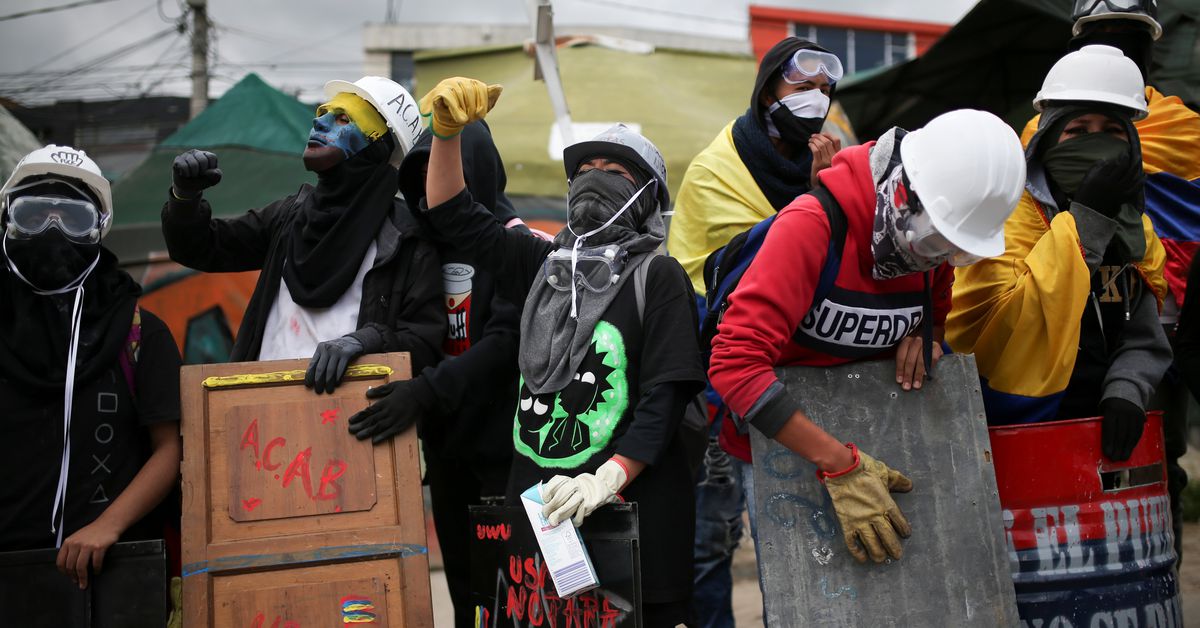 Colombian President Ivan Duque will begin “Maximum deployment of troops” in the western provinces of the Valle del Coca region and the country’s capital. After four people died in a month of anti-government protests.

All four died in and around them. kali on friday Tens of thousands of people marched across the country in the latest protests that began on April 28 against tax reform. But since then it has expanded to cover a wide range of needs.

Negotiations between the government and protest leaders This includes union leaders forming a national strike committee. has stopped

“Since tonight It will begin delivering maximum military aid to the National Police in Cali and the province of Valle,” Duque said in a televised message.

He added that more than 7,000 personnel will be sent to lift the roadblocks. including members of the Navy but did not provide further details.

Valle del Cauca Governor Clara Luz Roldan had previously announced that a curfew would begin in the province from 7 p.m.

On Friday in Cali At the center of the protests, Mayor Jorge Ospina confirmed that three people had died, with local media reporting the fourth fatal being on a road between Cali and Candelaria.

Two people in Cali were killed when representatives of the Attorney General’s investigative unit opened fire on civilians. Before being killed, Attorney General Francisco Barbosa said in a televised message. The agent was not on duty at the time, Barbosa said.

The march was disrupted by violence.

On Thursday, 17 civilians were killed in protests, the government said, and rights groups said dozens more were killed by security forces. Two police officers were previously reported to have been killed.

Protesters took part in the protests calling for the government to take action on poverty. police violence and inequalities in the healthcare and education system in Bogota. Colombia May 28, 2021 REUTERS/Luisa Gonzalez

The protests have pressured the government and legislators to impose tax and health reforms. and prompting the resignation of former Finance Minister Alberto Carrasquilla.

Most of Friday’s protests outside Valle del Cauca were peaceful. But there have also been reports of clashes between police and protesters in some areas, such as the Madrid municipality near Bogota. Like the violence in Popayan

Among the singing and music in the capital Bogota The protesters said they would continue the march.

“Until the government listens to us. We have to live on the streets,” Alejandro Franco, 23, told Reuters. Nearing graduation He said he was marching towards better education and health. for other reasons

“If the people do not have peace So is the government,” he added.

Although the government and protest leaders achieved An “advance agreement” for ending this week’s protests Thursday’s protest organizers said the government had not signed the deal and accused it of stalling. Read more

“We have reached an agreement. The only thing missing is the president’s signature to start negotiations,” Central Trade Union (CUT) president Francisco Maltes said on Friday. Alleging that the government postponed the negotiations

The government said they had not signed the agreement because some protest leaders would not condemn the roadblock. Call this problem non-negotiable. And added that talks will begin on Sunday.

Colombia’s Ministry of Finance estimates the protests and roadblocks cost $2.68 billion. The roadblocks have led to shortages of food and other supplies, raising prices and disrupting operations at the country’s main ports, including hundreds of companies.

“I have to close my shop every time there is a protest,” said 62-year-old Laudisi Ramirez in the south of the city. “I am going bankrupt. But the youth had no other choice for the opportunity.”