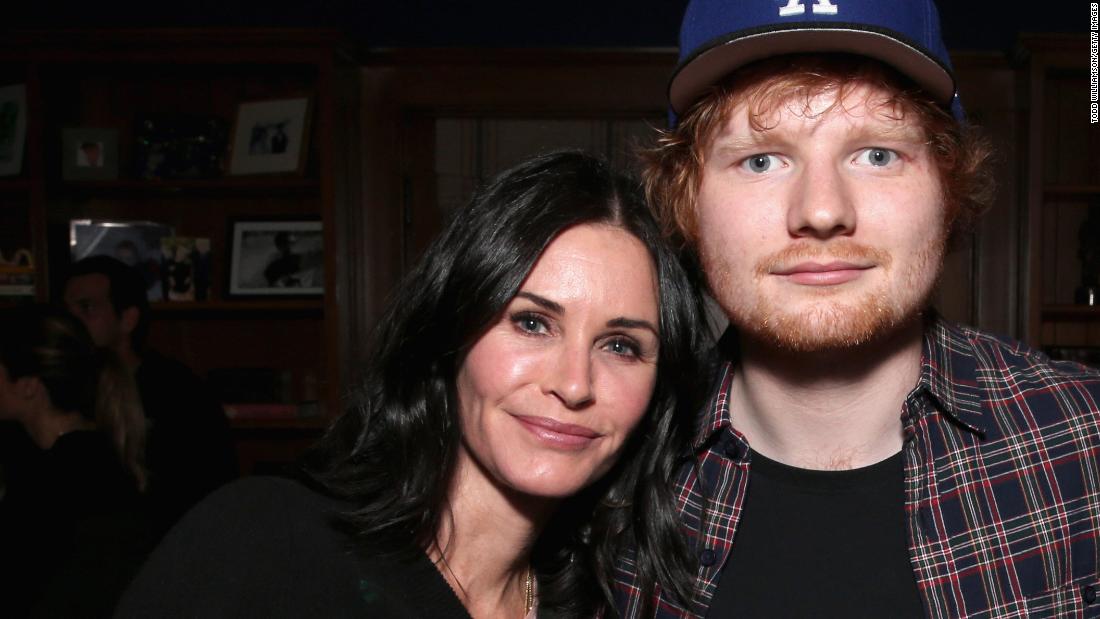 In the episode “The One with the Routine,” her characters Monica Geller and her on-screen brother Ross Geller. Played by David Schwimmer, revives the old choreography routine they performed at childhood dance competitions. The scene is shown at Dick Clark’s New Year’s ‘Rockin’ Eve party as they prepare to welcome the year 2000.

on sunday evening Cox posted a video of working with Sheeran to show off the choreography she gleefully performed more than two decades ago. And she didn’t miss a single beat.

The 56-year-old actress shared the video with her 11.2 million Instagram followers, captioning it: “Just dancing with my friends regularly… @teddysphotos #ReRoutine”

The clip shows the pair dancing together before collapsing to the ground in laughter at the end of the routine.

Celebrities flocked to the comment section to applaud the performance.

“The Big Bang Theory” star Kaley Cuoco commented: “This is EPIC,” while “Schitt’s Creek” actress Sarah Levy wrote: “I have never been more jealous in my life. ”

last week Cox and Schwimmer teamed up with former co-stars Jennifer Aniston, Lisa Kudrow, Matt LeBlanc and Matthew Perry for “Friends.” : The Reunion,” airing an HBO Max special, the cast revisits some of the biggest moments on screen and discusses their acting memories.