Despite COVID-19 blocking, roads in America are dying to die. 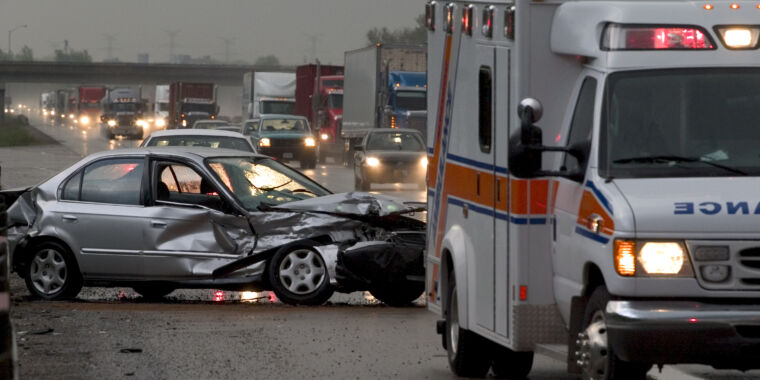 America’s roads are fatal in 2020, according to the National Highway Traffic Safety Administration. Although year-round numbers are sometimes unavailable, NHTSA has calculated the number of our road deaths in the first nine months of 2020 and the news is horrible. Between early January and late September last year, 28,190 people died in accidents, an increase of 4.6 percent or 1,249 deaths in the same nine months in 2019 (all statistics for 2020 are not released until Later this year)

What brings the bad news up is the fact that 2019 has seen a Decrease In fact, when NHTSA released the 2019 statistics at the end of December last year, it included a preliminary analysis of the first half of 2020 and found that In those six months Traffic volume dropped 16 percent and road fatalities fell 3.3 percent over the same period.

(Due to the decrease in car miles traveled over lower fatalities, the fatality rate per 100 million miles of cars traveled actually increased from 1.06 to 1.25 when comparing 1H 2019 and 1H 2020.)

Things got much worse between July and September, with an increase of 13.3 percent more deaths.The primary culprit? The empty road encourages drivers to accelerate.Throughout 2020, many states report significant increases in speeding tickets, and in particular, states issued to drivers at 25 mph (40 km / h). Or rather, the speed limit will make matters worse, it appears that drivers in an accident are more likely to find drugs or alcohol in the system and are wearing seat belts less.

Hospitals across the country are under the stress of the COVID-19 outbreak, with the full number of intensive care units and the reserve capacity to deal with those who drive too fast and have accidents. Just because the road is empty, that doesn’t slow your private racetrack and be sane, because if you get into an accident, you may find that the hospital can’t actually save your life.