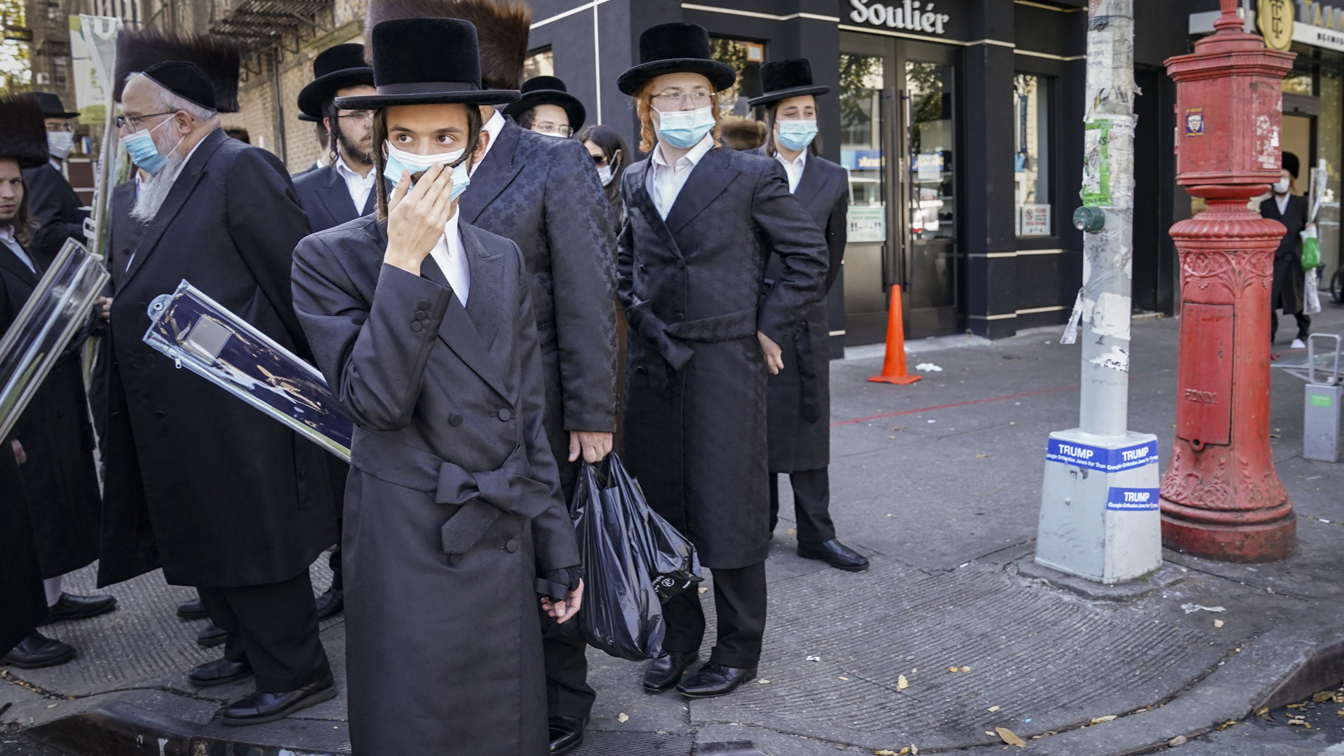 WASHINGTON — The Department of Homeland Security has warned law enforcement about increased attacks on Jews and Jewish institutions. At least in part from the recent conflict between Israel and Hamas.

Notification issued on Thursday Ask law enforcement to be prepared for violence and to report any suspicious activity that may involve domestic extremism immediately.

“DHS has received reports of criminal charges of assaulting a Jewish person. and acts of harassment property damage and other potential hate crimes aimed at Jewish factories. It is reported at least partially motivated by the conflict between Israel and Hamas,” it said. “For official use only”

“Law enforcement agencies and public safety allies should be alert to these concerns and potential flashpoints. which is at risk of escalation,” the DHS alert said.

DHS said in a warning that there is currently no data linking the latest anti-Semitic criminal activity to violent extremist groups at home or abroad. “however We are concerned that current messaging efforts by potential harassment groups both at home and abroad. This could exacerbate tensions,” the document said.

It continues: “Foreign terrorist organizations exploit the conflict between Israel and Hamas by calling on supporters in the United States to attack … Iran, Russia and China have also expanded the narrative in their efforts. to sow discord at home and abroad through interpretations of the US role in the crisis, such as criticizing Washington’s support for Israel in the conflict.”

Other potential flash points This included protests where ideological opponents had recently clashed. which led to the arrest

“The Department of Homeland Security is committed to sharing information with our partners for the safety of all communities across the country,” a DHS spokesperson told Yahoo News. Americans and to prevent violence and other acts committed to intimidate or coerce specific populations based on their race, ethnicity, origin, religion, gender, sexual orientation, gender, identity or political views.”

Alerts were sent out as Democrat and Republican leaders spoke at a virtual anti-Semitism rally. organized by the Anti-Defamation Group North American Jewish Federation and other well-known Jewish organizations Many more in response to the post-military rise of anti-Semitism attacks. The conflict erupted between Israel and Hamas earlier this month.

House Speaker Nancy Pelosi called the attack “disruptive” and called on Americans to “Together with urgency and unity to condemn these terrifying acts.”

“Anti-Semitism always creates problems for our world. Even if violence doesn’t make headlines,” she said, insisting that “today and every day. We stand in solidarity with the Jewish community.”

Senate Minority Leader Mitch McConnell, R-Ky., condemned “the latest offensive resurgence in global anti-Semitism”, noting that this week he co-sponsored legislation that would, as he said. Responding to America’s justice system in full force.”

The Anti-Semitic Crime Prevention Act, introduced in the House of Representatives this week by Republican Leader Kevin McCarthy, R-Calif., and Rep. David Kustoff, R-Tenn., seeks to accelerate the ministry’s capacity. fair in Review the threat of hate crimes against the Jewish community and support state and local law enforcement efforts to prevent and respond to anti-Semitism attacks.

“Every leader in the country has a responsibility to face this ugliness seriously and violently,” McCarthy said in pre-recorded comments at the rally.

D-N.Y. Senate Majority Leader Chuck Schumer said the latest reports on violence against Jews in his home state and across the country are “worse, condemnation and retaliation against everything America stands for.”

“Anti-Semitism is not a partisan problem,” Schumer said, “it should be fought whenever it pops its ugly head.”

“Every leader in the country has a duty to confront this ugliness with force and strength.”