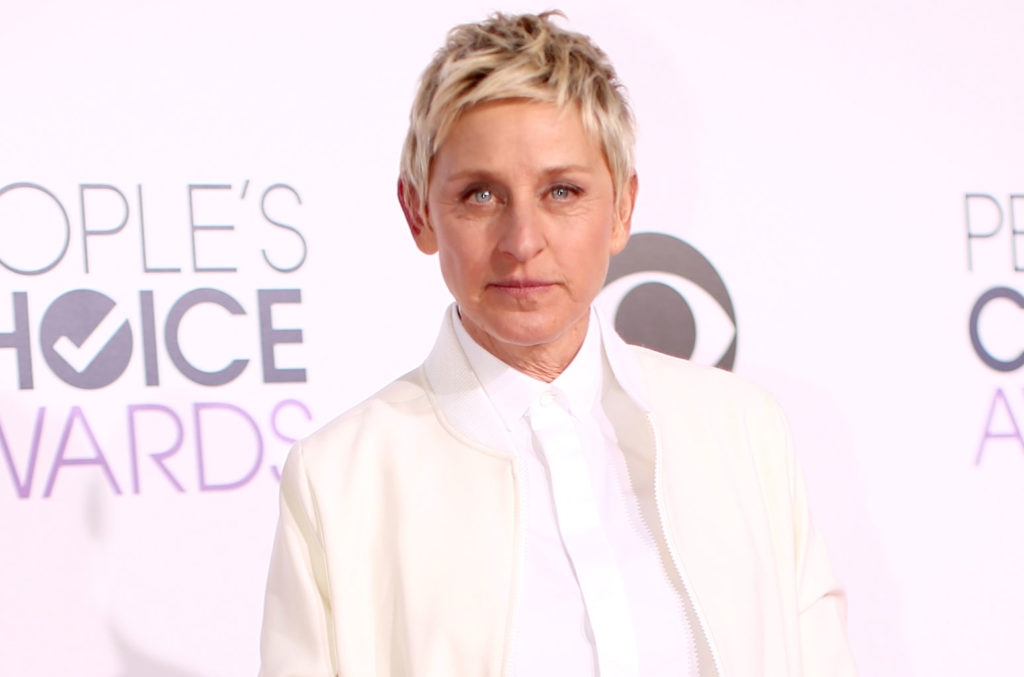 Thanks to those who contacted them with kind words and support throughout her recovery, DeGeneres expressed a desire to let her fans “hug everyone”.

“That might be dangerous and illegal,” the host joked.

The Ellen DeGeneres Show Production paused in early December on the last day of the show’s “Twelve Days of Giveaways” seasonal event. As a result, DeGeneres invites the same audience to return to watch programs that missed December.

The host recounted a remarkable incident the day she received her COVID-19 test results.

Sitting in her hair and makeup, the 62-year-old remembers her assistant, Craig, walking in to declare she had been tested positive.

“And everyone around me ran away,” DeGeneres said. “It was funny, people were scared and they ran. Some people never come back. “

After hearing the news, DeGeneres left the studio immediately as her COVID safety team informed everyone exposed to the virus.

When Andy Lassner heard the news, one of the show̵

7;s producers, Ellen claimed: “He ran at full speed from this lot.”

According to the news, DeGeneres was quarantined at home in a separate room from wife Portia de Rossi for the first three days after contracting the virus.DeGeneres reported that she slept for 16 hours a day, waking up with a spasm in the back on the fourth day. When the pain persisted, she was prescribed painkillers and muscle relaxants by her doctor.

When the pain medication couldn’t help, doctors eventually put DeGeneres in a steroid pack, which ultimately helped her symptoms recover.

In her experience with the virus, DeGeneres informed her listeners that although she hadn’t been aware of it before. But back pain is a major symptom of COVID-19. She found no other significant symptoms.

“I haven’t lost my feelings,” she says. “Even though I’ve been wearing crocs socks for a day, you decide.”

Now that she is fully recovered, the talk show host claims that she has not yet identified the source of her infection.

Watch the clip and watch Ashley McBryde’s performance from the episode below.

‘It’s not all telling’