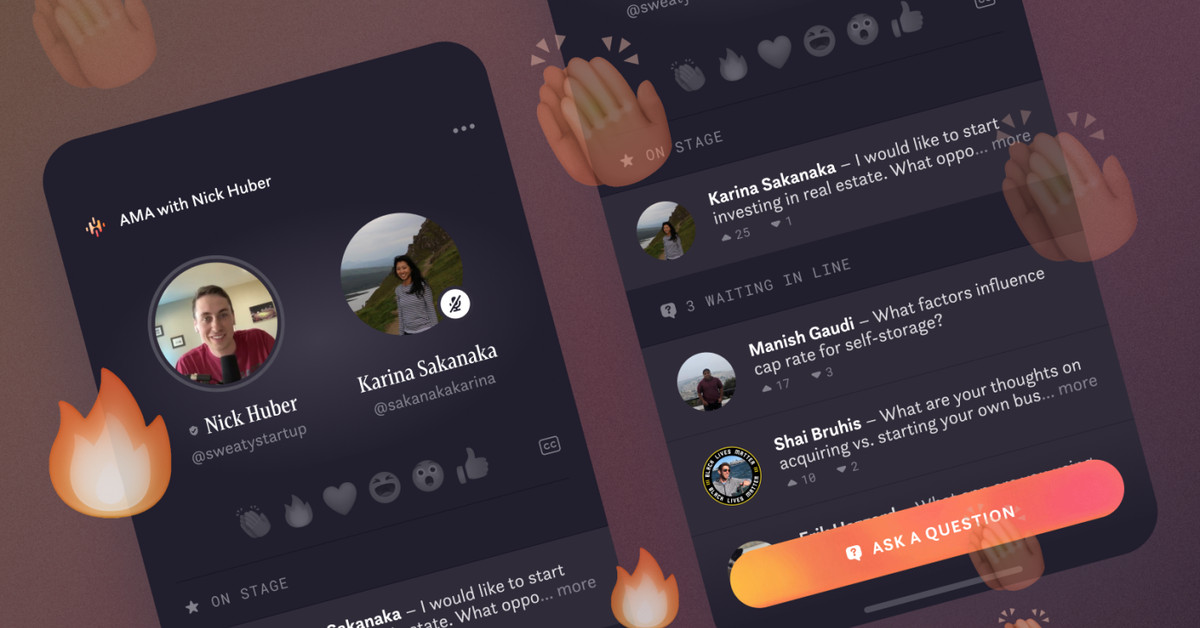 Facebook’s experimental app development division, the NPE team, has launched a new Q&A platform that borrows ideas from the bustling and sound-only social network Clubhouse. But there was a live stream coming in.

The platform is called Hotline and presented its first Q&A to investor Nick Huber earlier today, according to a report from TechCrunchCurrently, the site is for online services and allows logging in via Twitter, but only a waiting list and a tool to host your own show. TechCrunch It said Facebook created a design for the mobile version of their apps, even though they weren̵

News of Facebook creating its own version of Clubhouse first appeared in February, although Hotline said it was a different product from Clubhouse rivals created by the team behind video chat platform Messenger Rooms. TechCrunch Twitter reports have publicly tested the Spaces options as well, putting more pressure on Clubhouse as the whispers of a new funding round that valued the company with a $ 4 billion valuation that appeared earlier this week.

Hotline works differently than Clubhouse and Spaces, allowing hosts to use video and schedule more formal presentations with built-in Q&A rather than open-audio-only conversations that occur in Clubhouse. Hotline also allows hosts to record their sessions. They are available in both audio and video formats. TechCrunch Say.

The main Q&A component of Hotline involves hosts responding to audience questions provided via text, while audience members can vote on the question they want an answer to and then respond to an ongoing conversation with an emoji reaction. Hosts can also take individuals from the audience onto the virtual stage to ask their questions live and possibly engage in longer conversations. In this way, Hotline events seem designed to be like a cross between a radio show and a Twitch stream, where viewers are asked to weigh here and there. But control of the conversation remains firmly with the host.

The project was led by Erik Hazzard, who joined Facebook when the tbh app, a platform for sending anonymous compliments to your friends in 2017, was later shut down by Facebook. Millions of people have come to the platform. But it seems his expertise in creating these new mobile experiences has been exploited at Facebook as part of the NPE Team, which in the past launched music apps like Collab and Bars.