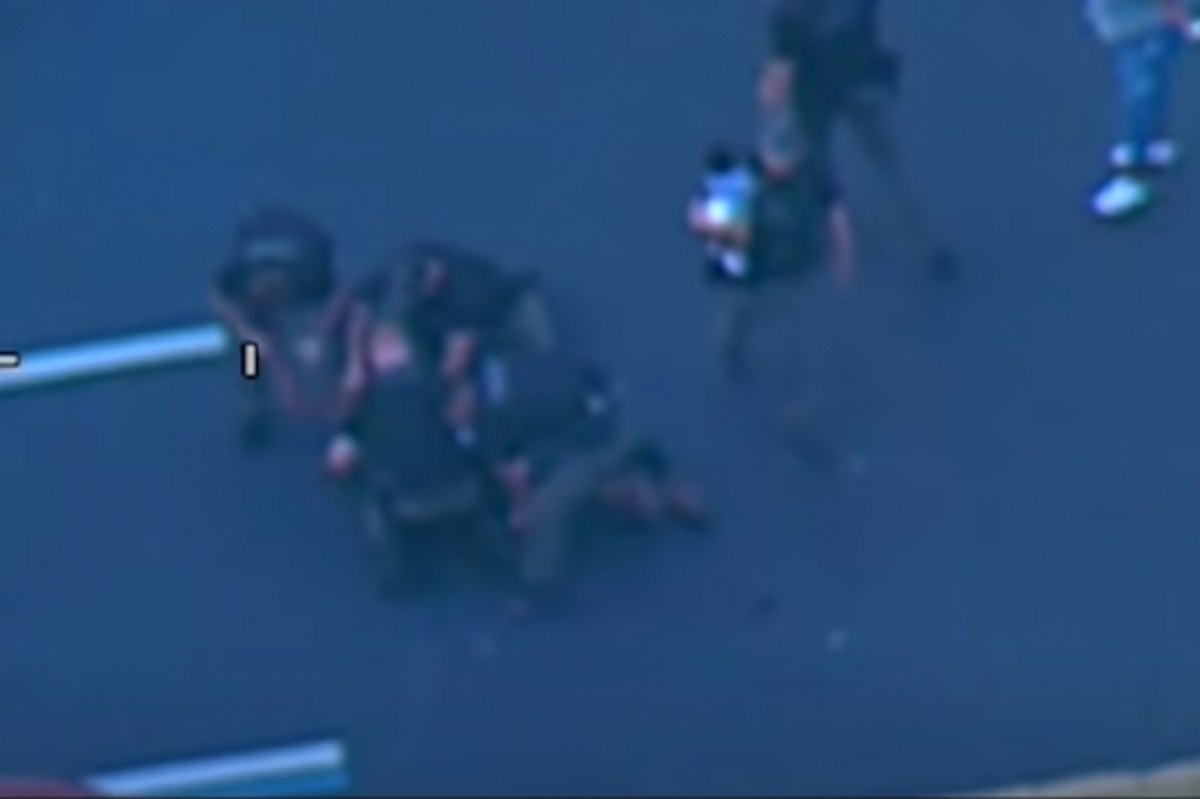 A Florida man threw a 2-month-old baby at a deputy sheriff after he caught police and a child in a high-speed chase through a residential neighborhood. officials said

John Henry James III, 36, was charged with multiple charges, including child abuse, after 40 minutes of driving on May 26 when he tried to shake Indian River County Sheriff’s officials with the child. in the car

The sheriff’s office posted edited video of the chase and the helicopter. And James struggles as officers try to handcuff him. while one of the assistants carried the baby

Deputy Jacob Curry, who captured the baby after the chase. Explain that the throw is a “threat” and calls the situation awkward.

“I’ve seen some crazy stuff, but this is definitely there,” Kirby told CBS News 12. “It wasn’t a good handoff from a while. But it’s a throw.”

“I can’t chase after him. I can’t deal with him Not as much as I can because he has children,” Kirby added.

“He just turned his back, didn’t care, didn’t throw or do anything. He just turned around. Throw this 2-month-old at me from about 6 feet away.”

At about 6:30 p.m., one of the deputies tried to pull James at Vero Beach. But he sped away and refused to pull back. The video shows him driving a white SUV into a police car. dodge obstacles on the road and even ran across a set of “stop sticks” that didn’t turn off his car.

He sped near the pedestrians during the chase. Encourage officers to turn off the sirens and retreat. As the office helicopter follows him from above.

“There are people everywhere on the streets here,” one deputy governor said in the video.

Officers followed him to the apartment and blocked the entrance as James dropped the car and attempted to walk away claiming to have a baby in his arms.

In the video, a woman is heard saying that he has a child.

James fought the police as they tried to detain him and a crowd formed in the parking lot.

The accused was hospitalized when he complained of suffocation. But police said he continued to resist as he was carried in a stretcher.

He is now in unresolved custody and charged with felony battery fire on an officer/firefighter/EMT, reckless driving and resisting arrest.