Breaking News
Home / Health / How long have we been protected from COVID-19 after being vaccinated or infected?

How long have we been protected from COVID-19 after being vaccinated or infected? 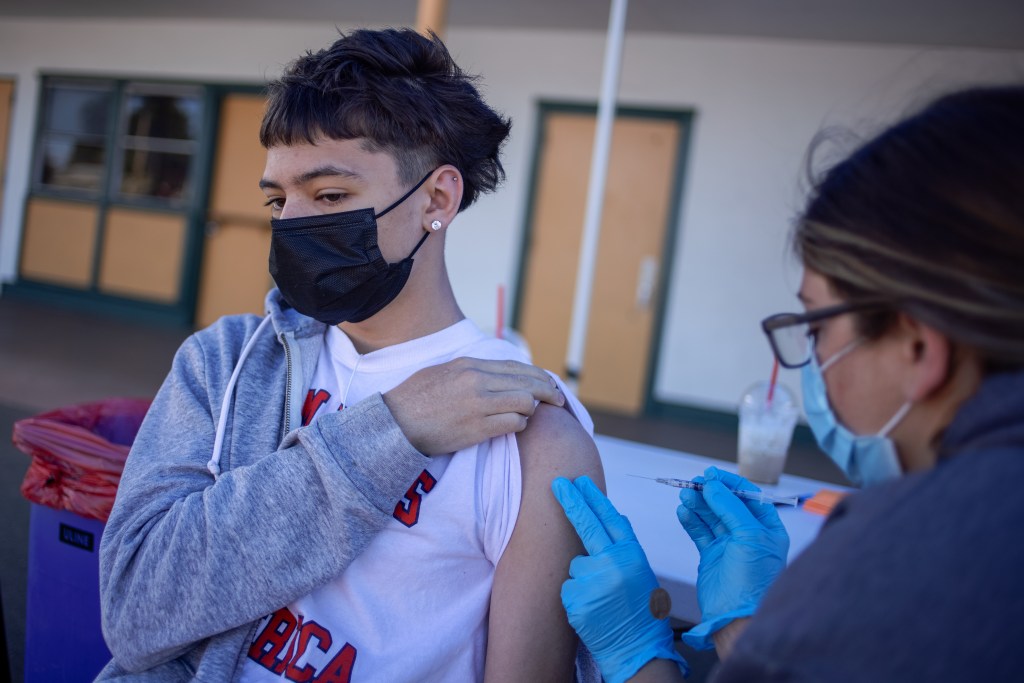 Ninety years after the devastating 1918 flu pandemic, survivors’ immune systems still remember and can quell the stress of murder.

Will our body’s memory about COVID-19 remain as sharp as ever?

“Most people still have the majority of their immune memory in eight months… and will be protected from serious re-infection for many years to come,” said virologist Shane Crotty of the Vaccine Discovery Division at the La Jolla Institute of Immunology.

“But we’re not saying it will be everyone,” he added. “There are some people who don’t really form immune memory.”

So far, according to a new study that analyzes data over six months to one year, Here̵

• Those who have been infected The protective antibodies were still detectable 11 months later, and levels dropped within four months of infection, as expected, according to research from Washington University in St. Louis, Missouri, published Monday in the journal Nature. But then they plateau. they don’t disappear

• of those who have been vaccinated Antibodies are detected six months later. by only a slight decrease This does not mean that it will disappear after six months. That’s just the information we have. after six months Pfizer reported 91% efficiency; Modernna 94% Although the Johnson & Johnson vaccine does not last long enough to have long-term data. But antibodies were still high 70 days after vaccination.

Dr Monica Gandhi, an infectious disease expert at UC San Francisco, said: “I actually hope that we will have long-lasting immunity after vaccination.

• People’s immune memory of COVID-19. is different There will be different patterns for each person. According to research by the La Jolla Institute of Immunology, published in the journal Science.

“The immune system is very diverse. Because the human population is so diverse,” said Daniela Weiskopf, an assistant professor at the La Jolla Institute of Immunology.

• In a one-year study of infected people who were admitted to military hospitals, Antibody memory is shorter and more variable in younger people or those infected with COVID-19. less severe than some people, such as those with immunodeficiency Can’t create memories at all

• Even if antibody levels decline over time, other parts of our immune system stay strong and can help protect us. According to a La Jolla Institute study, three other parts of our immune system—memory B cells and two types of T cells—are measurable in more than 90% of people six months after infection. Memory B cells produce new antibodies when needed. T cells patrol the body to find infected cells and kill them.

Memory B cells are extremely important. because it plays a role in the production of antibodies They remain healthy for at least 12 months after infection. According to a study posted online this week at BioRxiv, that’s part of the immune memory preserved by 1918 flu survivors.

But what if our immune memory falters and re-infection occurs? It should not be life threatening. Why? Reduced antibodies may miss every incoming virus. But still can catch a lot. So the infection is more severe, Crotty said, and the T cells fight infection.

Over six months to one year Do we need booster injections?

“It is possible that there will be an answer. ‘In between’” with some recommended extra shots. but not for others It’s based on individual vulnerabilities, Crotty said.

But we probably won’t need it for a while, he said. The duration of those jabs is unknown.

“I don’t expect the durability of vaccine protection to be endless – it is not,” he told the Senate Appropriations Subcommittee on Wednesday. “So I imagine we will need supporters sometimes. What we can find now is what the period will be like.”

There is a second reason for boosters: variables.

“We may need to revaccinate. Not only the same vaccine, he predicts, “but the vaccine needs to be modified to be effective.”

Moderna CEO Stéphane Bancel told investors in April that reinforcement, especially for its frontline workers, could be needed by the end of the year. Get a booster shot within 8 to 12 months after vaccination. But skeptics know that companies There are financial incentives to promote faster-than-guaranteed stimulant drugs.

“Everyone needs to be vaccinated because we have no way of telling who will respond and who will keep the memories and who will not,” Weiskopf said.

The key question remains unresolved: what level of immunity is needed to fully protect people?

The increasing number of “invasive infections” – when people become infected after vaccination or previous infections – will tell us that immunity is declining or a dangerous variant has arrived. Scientists are also working in labs linking immunity and fading illnesses.

The good news is: if we lose protection It won’t happen all at the same time. experts say Due to the long release of the vaccine and the change in human immunity. Therefore, there was no serious disease and sudden death.

But we need to watch, wait and be ready to receive the best, they said.

Has the plague fundamentally changed the way women thought about drinking?