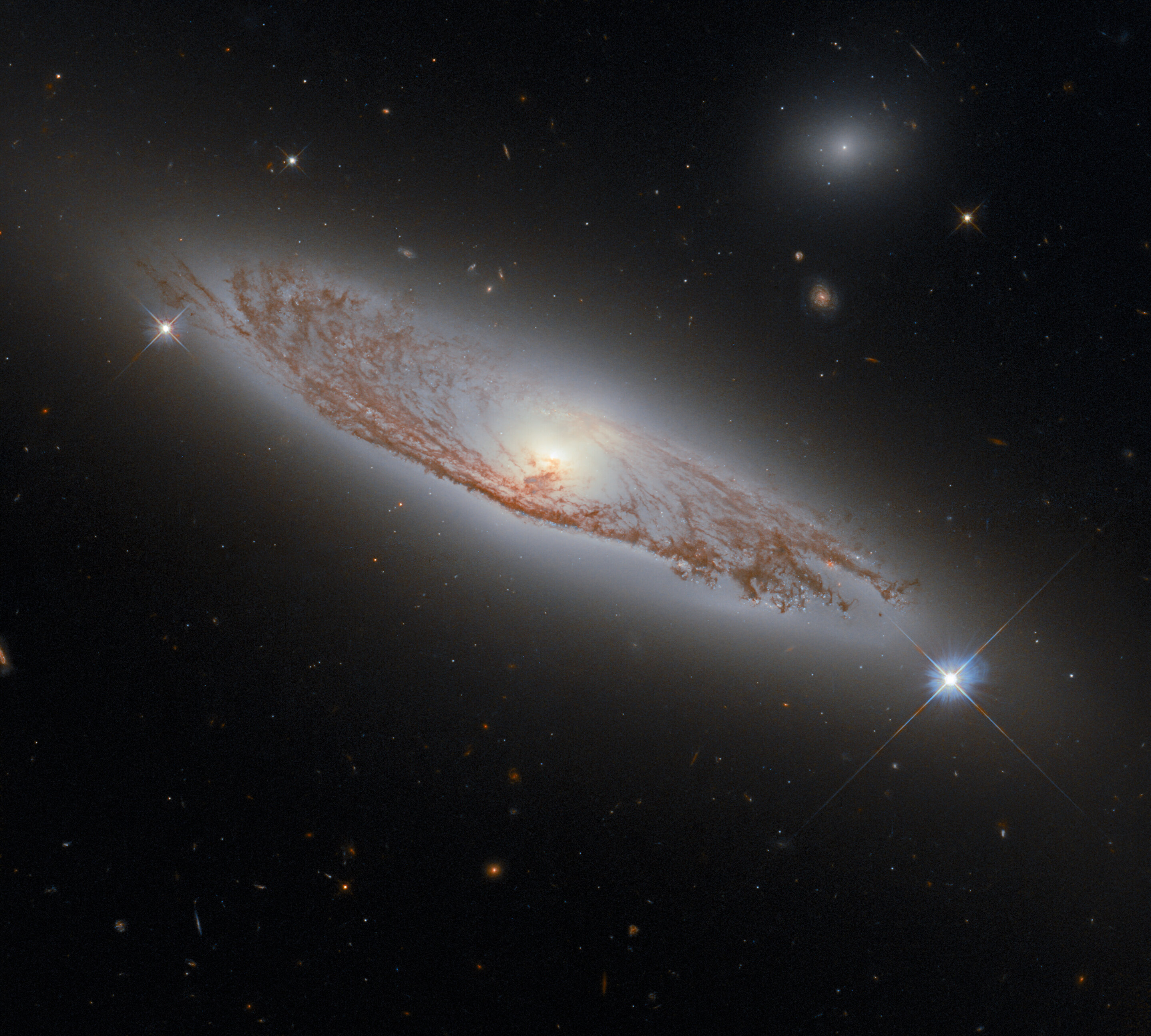 This image shows the spiral galaxy NGC 5037 in the constellation Virgo. First recorded by William Herschel in 1

785, the galaxy is about 150 million light years from Earth, although this far away. But we can get a closer look at the delicate structures of gas and dust within galaxies. This detail was achieved using Hubble’s Wide Field 3 (WFC3) camera, whose combined exposure resulted in this image.

The WFC3 is a versatile camera as it can collect ultraviolet, visible and infrared light, providing a wealth of information about observed objects. WFC3 was installed on Hubble by astronauts in 2009 during a mission. Serving 4 (SM4)