Indigenous graves found in Canada: Call for another apology for the Catholic Church 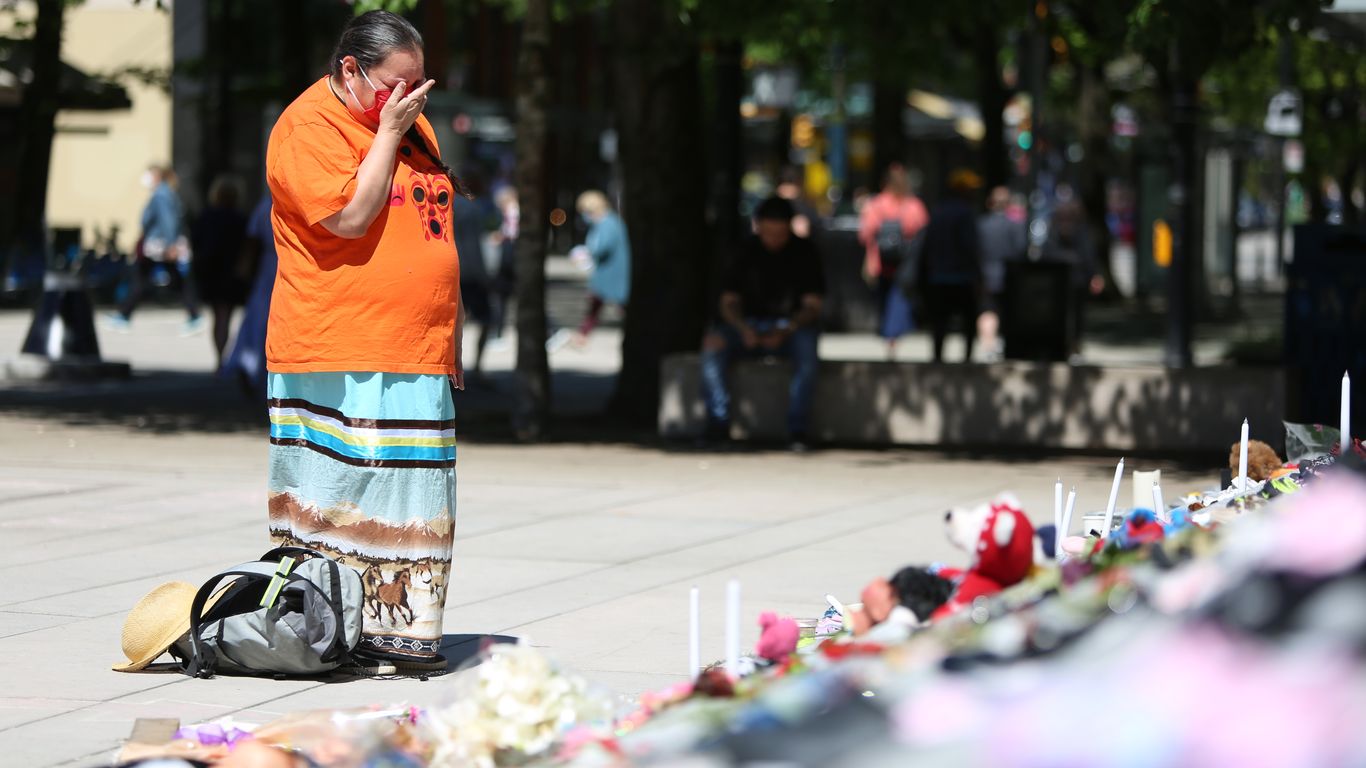 Indigenous Canadian groups announced plans on Saturday to identify the bodies of 215 children, some under three, who were found buried at a boarding school, CBC News reported.

The big picture: The discovery of the remains of children Tk’emlaps te Secwépemc First Nation has called on the Roman Catholic Church to apologize for its role in 19th- and 20th-century Canadian policies that resulted in the removal of indigenous children from their families in order to attending a state-funded residential school

7;emlaps te Secwépemc, the country’s first head, Rosane Casimir, said in a statement announcing the discovery on Thursday: “According to our knowledge These missing children are undocumented deaths.”

note: The Roman Catholic Church declined to apologize for its role in what Canada’s Truth and Reconciliation Commission found in 2015 to be cultural genocide. Pope Francis to request

What are they saying: Archbishop of Vancouver J. Michael Miller said in a statement to CTV News:[W]promise to do whatever it takes to cure that suffering.”

Between the lines: Although the cause of the children’s deaths is unknown, “accidents, fires and infectious diseases in residential schools all contribute to the high death rates. The Truth and Reconciliation Commission has assessed more than 4,000 children,” the Washington Post said.

Editor’s Note: This article is updated with new details throughout.