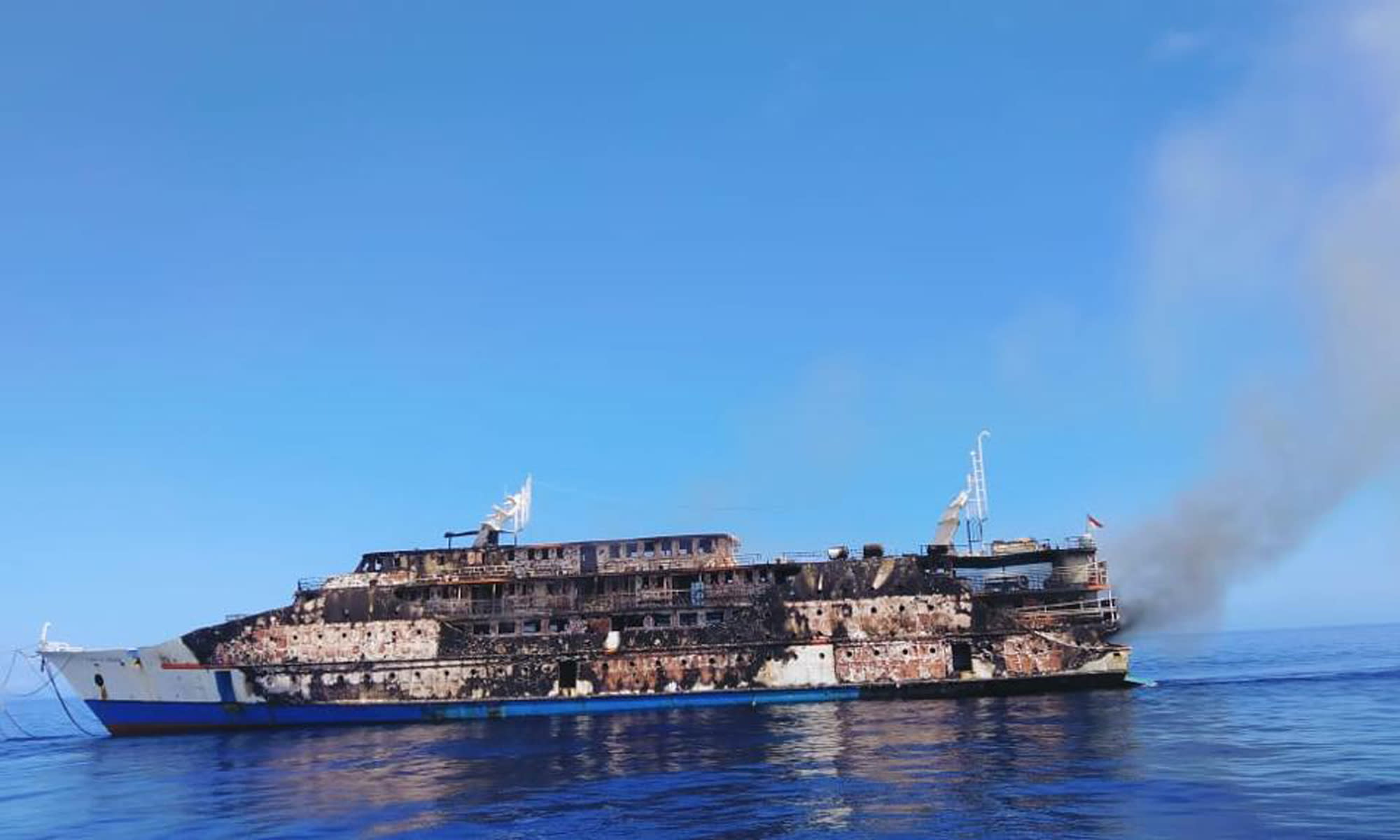 Jakarta, Indonesia (AP) – A large ferry with nearly 200 people on board caught fire on Saturday as it traveled to a remote island in northeastern Indonesia, forcing passengers and crew to jump into the sea. But there were no casualties, officials said.

KM Karya Indah was in the Molucca Sea, headed for Sanana, a port on the island of Limafatola, when the fire broke out at about 7am local time, said Wisnu Wardana, a spokesman for the Maritime Transport Authority. The flames began 15 minutes after the ship left Ternate, the capital of the North Maluku province.

A phone video of the incident, provided by the National Search and Rescue Service, showed passengers and crew clinging to floating objects as they struggled in the choppy water as a fire raged aboard the ferry. Send a group of black smoke.

Wardana said a total of 1

81 passengers including 22 children and 14 crew members were rescued and safely evacuated to nearby islands. He said the agency’s rescue operation also involved local fishing vessels taking place nearby.

He said officers were still investigating the cause of the incident and that survivors told officers a fire started in the engine room.

Ferry accidents are common in Indonesia, the world’s largest archipelago, with more than 17,000 islands.Many accidents are blamed on lax boat service regulations.