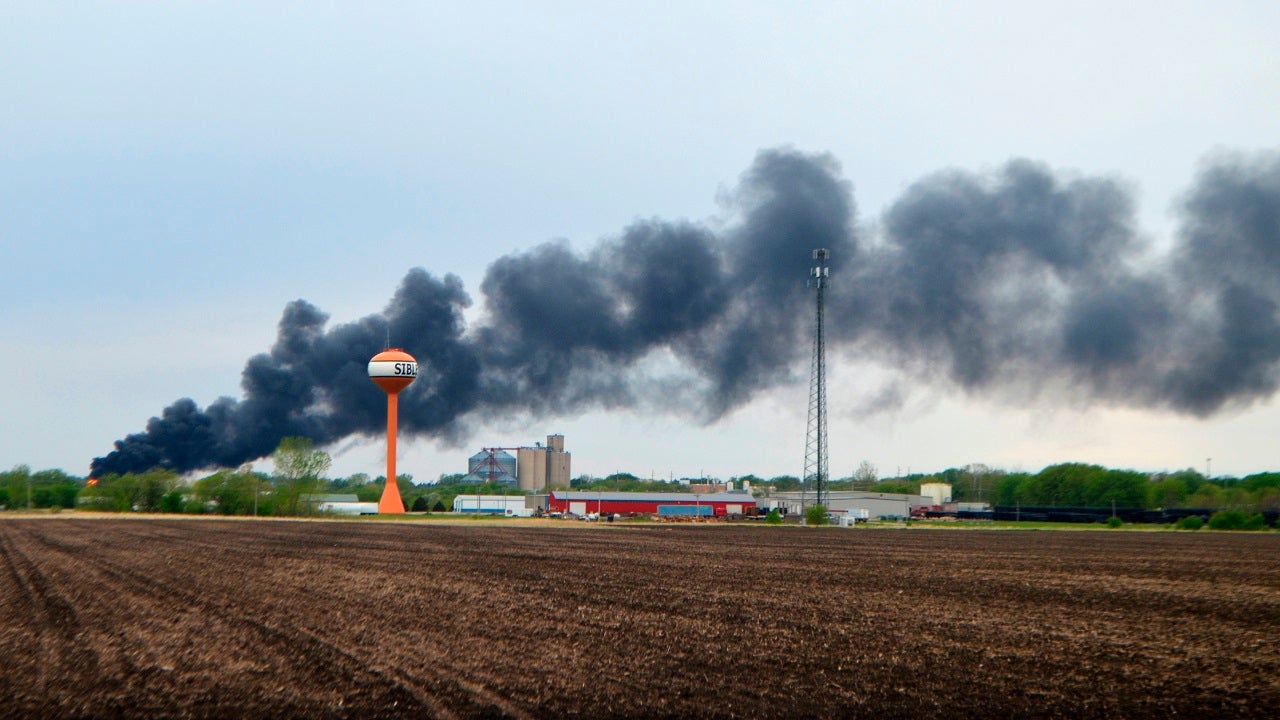 A thick cloud of black smoke spread into the air Sunday after a train derailed in northwest Iowa, forcing officials to evacuate parts of a small nearby town.

The fiery derailment occurred around 2:00 p.m. Sunday on the southwestern edge of Sibley, a city of about 3,000 people 200 miles northwest of Des Moines. Injury related to sudden derailment

Photos and videos of the derailment posted online on Sunday showed dozens of train cars piled up along the tracks with large volumes of flames and smoke coming from one end of the fleet. Local media reports said evacuees had left the area within five miles of the derailment.

MARYLAND’s car exploded in flames after a driver smoked a cigar while using a hand sanitizer, officials said.

Union Pacific spokeswoman Robynn Tysver said 47 trams fell off the rails during the derailment. But the train crew was not injured. She said the railway was working with local authorities.

Tysver said the cause of the derailment was under investigation.

Nate Minten of Sibley told Des Moines Register that smoke was still visible around 4:30 p.m. Sunday from his mother’s house.

“I was able to see at least a few hundred feet of smoke rising,” said Minten, who posted an aerial drone video about the derailment online.

An emergency message Minten received about the derailment said the western end of Sibley, west of Second Avenue, was evacuated.