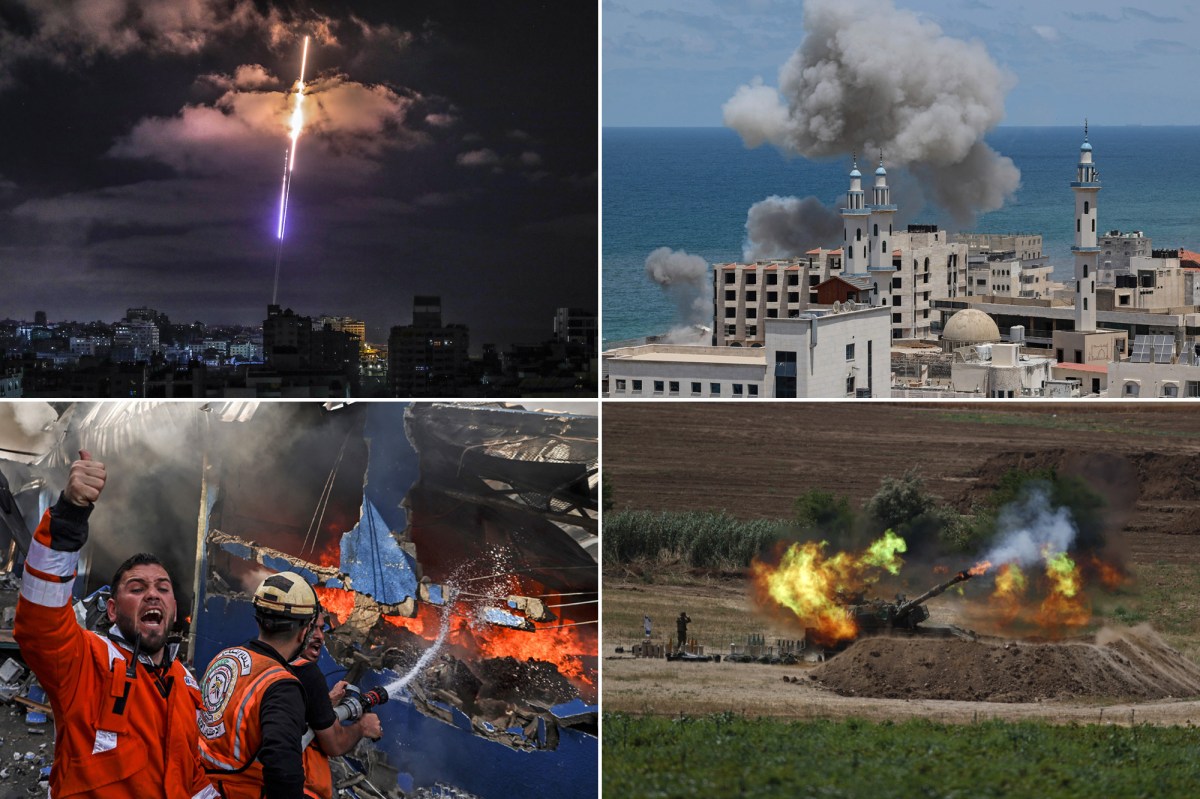 Israeli warplanes unleashed another wave of heavy air strikes in the Gaza Strip on Monday, destroying about 60 miles of combat tunnels and the homes of nine Hamas commanders and killing the jockey leader. With the senior HUD of Islam.

As the war escalated into its second week, the Gaza Ministry of Health said 198 people were killed, including 58 children and 35 women, and 1,300 injured in the fighting.

The ministry did not specify the death toll belonging to Hamas or other terrorist groups, but Israeli Defense Force spokesman Col. Jonathan Conricus said during a media briefing on Tuesday. Monday that was killed

On the Israeli side, 10 people were killed in the battle, including a soldier and a 5-year-old boy.

Conricus told reporters on Monday that the IDF had assassinated Hussam Abu Harbeed, the commander of the Gaza brigade north of the Islamic Jihad and led nearly 15 years of attacks on Israeli soldiers and civilians.

In a statement, the IDF said Harbeed was “behind several anti-tank missile attacks against Israeli civilians.” One of those attacks occurred on the first day of the current battle when civilians were wounded, Conricus said.

There was no immediate confirmation from the Islamic Jihad or the Al-Quds militia of the assassination.

Conricus also announced Monday that it had destroyed about 60 miles of the battle tunnels.

“Our fighter jets neutralized Hamas’ tunnels system 9.3 miles overnight. That’s 9.3 miles that can no longer be used for fear, ”said in a statement before Conricus provided the updated information.

There was no word on the casualties from the latest strike.

The three-story building in Gaza City was badly damaged. But residents said the IDF warned them 10 minutes before the protest and that everyone could leave.

“If the aggression continues, we expect conditions to worsen,” he said.

Israeli defense forces have attacked more than 1,180 targets in the region since the start of the wall defense operation, according to Haaretz Daily.

Conricus said about 3,200 rockets were fired at Israel, with about 460 short and landed in the region, Conricus said.He said IDF’s Iron Dome defense system fired about 90 percent of the missiles.

In another development on Monday, a rocket fired by a terrorist group struck a building in the southern Israeli city of Ashdod, causing minor injuries to residents. The rocket also hit a building in Ashkelon.

The fighting took place on May 10 when Hamas militants fired rockets at a distance over Jerusalem after weeks of clashes in the holy city between Palestinian protesters and Israeli police.

The protests centered on the treatment of Al-Aqsa Mosque, revered by Jews and Muslims during the holy month of Muslim Ramadan, and the threat of expulsion of dozens of Palestinian families by the settlers. Jew

“I’ve never seen this level of destruction in my 14 years of work – even in the 2014 war,” said Samir al-Khatib, an emergency rescuer in the Gaza Strip, referring to the biggest destruction. In the previous three wars fought between Israel and Hamas.

Despite the international efforts to stop shooting. But Israeli Prime Minister Benjamin Netanyahu said on Sunday the IDF attacks continued “at full force” and would “take time”.

Israel “wants to collect heavy taxes” from the Hamas group, he said.

Hamas’ supreme leader Ismail Haniyeh, who is based abroad, said the group had been contacted by the United States, Russia, Egypt and Qatar as part of the ceasefire effort, but “will Do not accept a solution that does not depend on the sacrifice of Palestinian people “