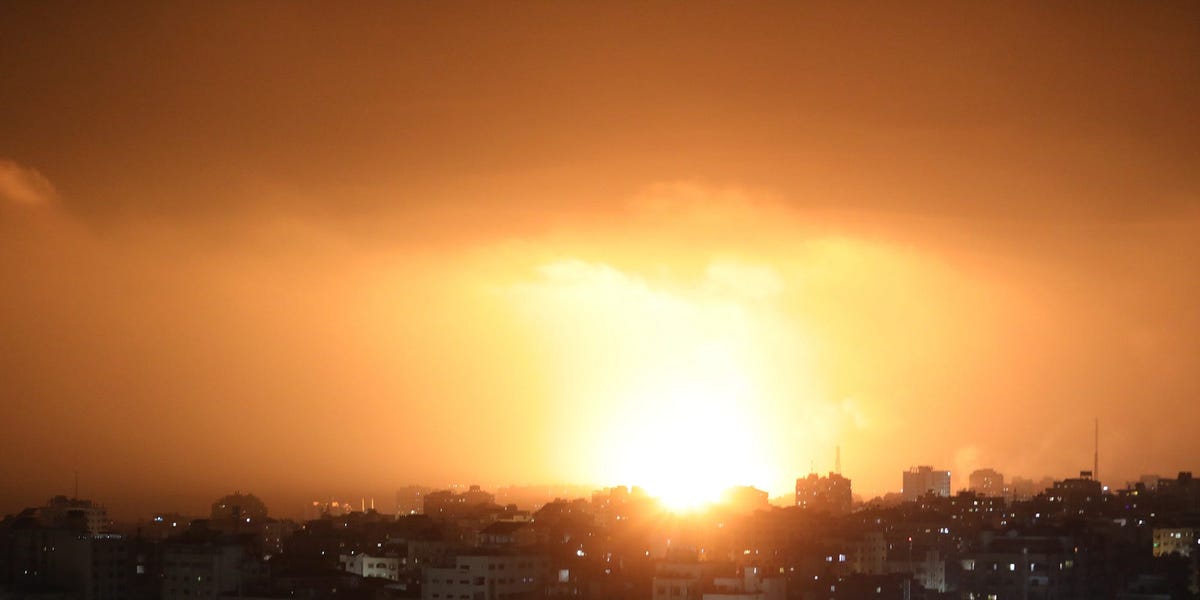 Reports in foreign media said Israel entered the Gaza Strip to fight terrorists, some viewed as a result of a tactic to lure fighters into defensive positions, making them a target of Israeli air force.

On Thursday it was reported that the Israeli Defense Forces were bombarding the Israeli border with Gaza. Then, early Friday in Israel, an IDF statement informed news agencies widely reporting that the invasion had begun. However, it was gradually evident that an attack took place. But it is not related to the Israeli troops entering the Gaza Strip.

2, one of Israel’s leading news networks, described the original IDF’s statement as a disinformation to encourage Gaza’s warplanes to enter the tunnel system, known as a “subway train,” in preparation for. For the street fight in the enclave

“The IDF made Hamas think ground operations were starting, forcing the organization to bring all of the warplanes, including Hamas’ special forces Nahba, into the tunnels and prepare them for battle,” Dvori wrote.

In London, Michael Stephens, Middle East expert at the Royal United Services Institute echoed that conclusion. He told BBC Radio 4’s World at One newsgroup: “It’s a very clever tactic to get Hamas to move into the tunnels and make all the preparations so Israeli soldiers can target.”

The move marks a major escalation amid this week of violence between Israel and Palestinian militants. The region is facing its worst violence since the 50-day war in 2014, the Israeli army bombed the Gaza Strip with air strikes and Hamas, the group that controls the Gaza Strip and its militants. Others have fired over a thousand rockets at Israel.

Israeli media noted the possibility of a disinformation strategy in the Friday morning attack, with The Jerusalem Post publishing an article titled “IDF scams lead to massive air strikes on the subway”. Of Hamas or not? And Israel’s Haaretz newspaper published another issue on the subject “The Israeli army told foreign media there was a ground force in the Gaza Strip – and then apologized for misleading them.”

Foreign reporters and journalists received a WhatsApp message at 12:17 a.m., appearing to inform them that Israeli ground forces were in the Gaza Strip. But two hours later the IDF began to parse the messages.

Steve Hendrix, Head of the Jerusalem Bureau of The Washington Post, added:

The IDF has blamed the confusion over the translation errors, but Dvori was among the skeptical of that account, explaining that “It’s not a mistake. But it is a planned scheme that plays a role in helping get rid of Hamas. ”

Daniel Estrin, a disappointed NPR correspondent in Jerusalem, expressed his displeasure, telling the New York Times:
“If they use it, we are unacceptable, and if not, what is the story – why is the Israeli media widely reported that we have been deceived?”

An insider contacted the Israeli embassy in London for comment.

Instead of a terrestrial invasion, Israel relentlessly dropped bombs on targets in northern Gaza, and with artillery forcing the family to flee, some were still dressed in festive costumes to mark Eid, which was. A festival that means the end of the holy month of Ramadan.

This week, at least 122 Palestinians have been killed in Israeli air strikes in Gaza, including 31 children.The attacks were carried out in response to rockets fired by militants against Hamas. Which controls the land of Palestine, which is home to more than two million people.

Israel reported that seven people had been killed, including a six-year-old boy and a soldier.