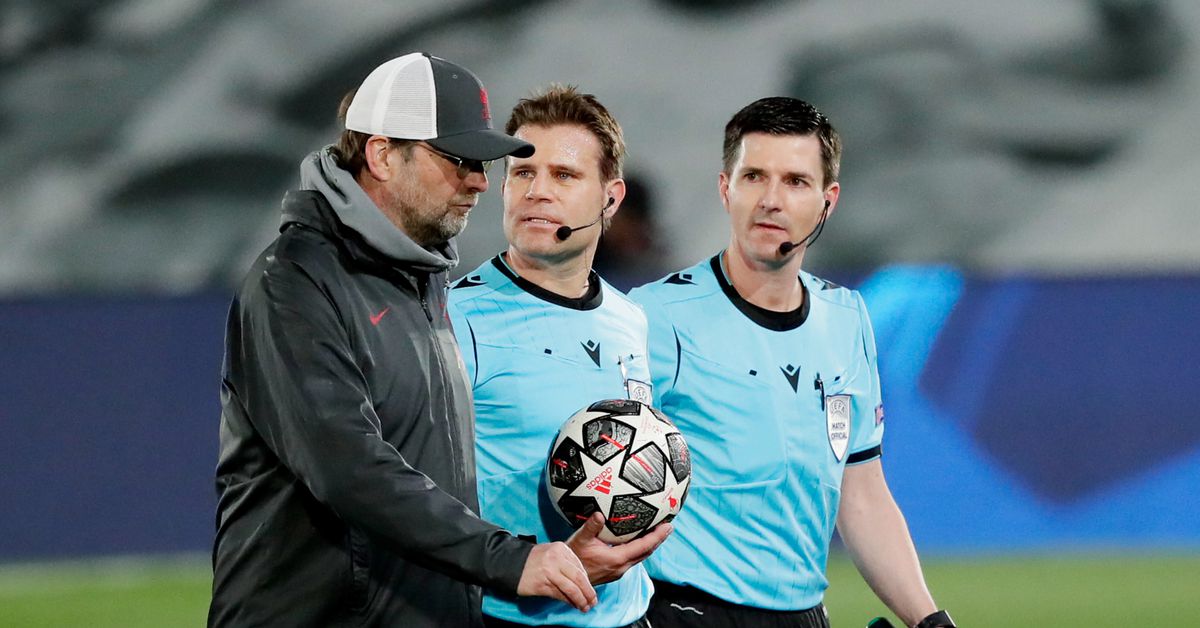 Jürgen Klopp boasted on Tuesday night after Liverpool lost to Real Madrid in the first leg of the Champions League quarter-final. About the performance of the team? But also about Referee Felix Brice’s specific call to Sadio Mané.

The decision was one big turn in the game, Brych opted not to call Lucas Vazquez a foul with Mané Mané being brought down as he ran for a high pass. But the judge waved his hand Less than a minute later, Madrid scored the second goal.

Klopp had a lot to say to Brice after the match and then to the reporters at his post-game press conference.

“The situation with Sadio, I have to say what the referees did tonight, I don̵

7;t understand,” he said. He has dealt with Sadio situations, which are clearly fouls, like diving (by Mane) or whatever. It’s not right That’s what I told him (the referee) after the game that I just thought he was unfair to Sadio. That is what it is

“But that hasn’t changed anything. He did not lose to us in this game, we were not good enough to get a better result. But in these moments you obviously just need the right references. Just that is enough “

The no-call and subsequent goals capped a poor first-half performance that was not redeemable in the second half.