Lukashenko says documents on Ryanair flights will reveal ‘what happened’ as Putin emphasizes support for Belarus. 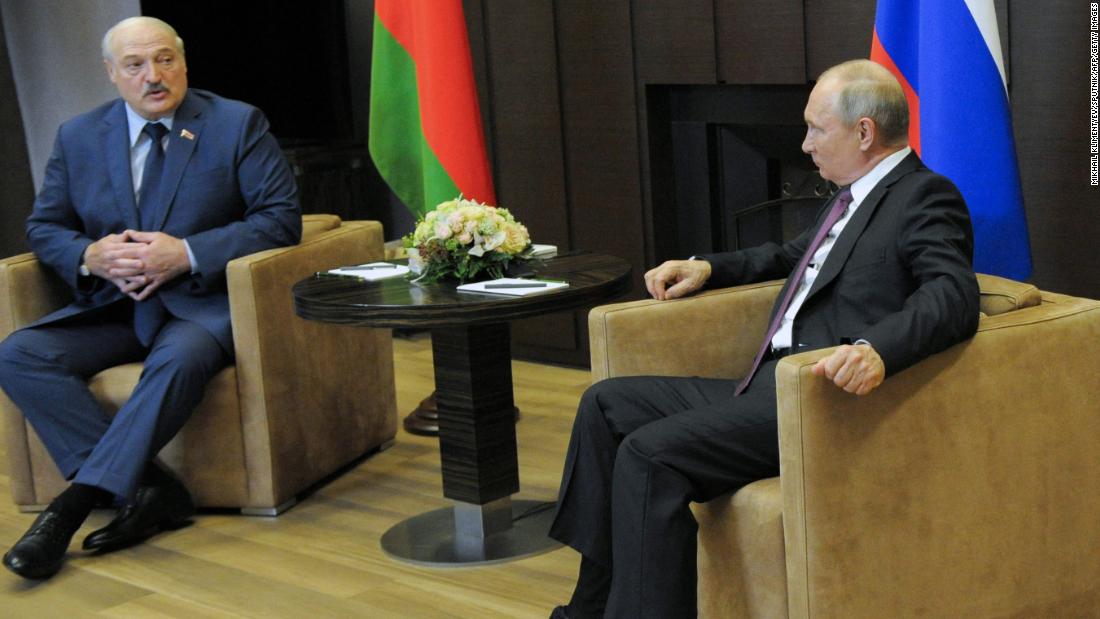 A Ryanair flight traveling from Athens to Lithuanian capital Vilnius was intercepted and forced to land in Minsk while overflying Belarus on Sunday. When the plane landed, famous opposition activist Roman Protasevich and his Russian partner Sofia Zapeka which is on the plane were detained

ahead of closed-door talks between two strong leaders in Sochi on Friday. Lukashenko told Putin as he pointed to his briefcase that he had brought documents to show Russia. “What’s going on” about the incident.

Lukashenko claims flights were diverted due to bomb threats. It said the threat originated in Switzerland. by the allegations that the Swiss authorities refuted

An email stating the bomb threat was sent 30 minutes after Lithuanian authorities received a signal from Minsk to land a plane bound for Vilnius. According to Lithuanian President Gitanas Nausėda

“The signal started coming from Minsk Airport. There is a requirement to land in Minsk airport. And this signal came 30 minutes earlier than email,” Nausda told CNN on Friday. “This is the reason Inconsistency between official and actual information This mismatch shows that it is misinformation. And we can̵

US warns airlines to ‘use extreme caution’ when flying over Belarus

The European Union has banned Belarus-registered airlines flying to and from European airports. and called on European airlines to avoid Belarusian airspace. The group also lamented new sanctions against Belarus.

The decision to ban the airline registered in Belarus as It is a “pain” to do because “this type of transport creates a strong currency” for Belarus, Nausėda said.

Nausėda said the action was aimed at the Belarusian regime and its oligarchs. Not a Belarusian or a member of the opposition.

“The FAA assessment of the pending International Investigation Report is necessary to determine the relevant safety implications for US civilian passenger transport operations,” the report said.

The Air Transport Agency of the Russian Federation said in a statement on Friday that has issued announcements notifying airlines that a previously approved rerouting from and to Europe via Russian airspace could result in longer clearance times due to increased requests.

During a meeting between two strong men Lukashenko told Putin: “You know, there are people who always want to throw problems at us.”

Protasevich is one of dozens of Belarusian journalists and activists campaigning for asylum against Lukashenko’s 27-year occupation. Protasevich, 26, is the founder of the Telegram Nexta channel, which helped mobilize protests against Lukashenko and has been on the list. The name the government wants to have terrorism.

earlier this week Lukashenko described the attack in Belarus as a modern hybrid war.

“The West has shifted from revolt (organizing) to strangling the country,” Lukashenko told the Belarusian parliament. as we expected Our ill-wishers, both external and domestic, have changed the way we attack Belarus. They have crossed many red lines and violated the boundaries of common sense and common morality.

The G7 of the world’s richest nations on Thursday raised its voice in its international condemnation of Belarus’s actions, issuing a joint statement calling the move a “dangerous move”. “A serious attack on civil aviation regulations”

In the statement, the Foreign Ministers of Canada, France, Germany, Italy, Japan, the United Kingdom And the United States as well as the High Representative of the European Union, calling for the “immediate and unconditional release of (Roman Protasevich) Journalists and other political prisoners detainees in Belarus” condemned the actions of the Belarusian authorities. “In the strictest sense”