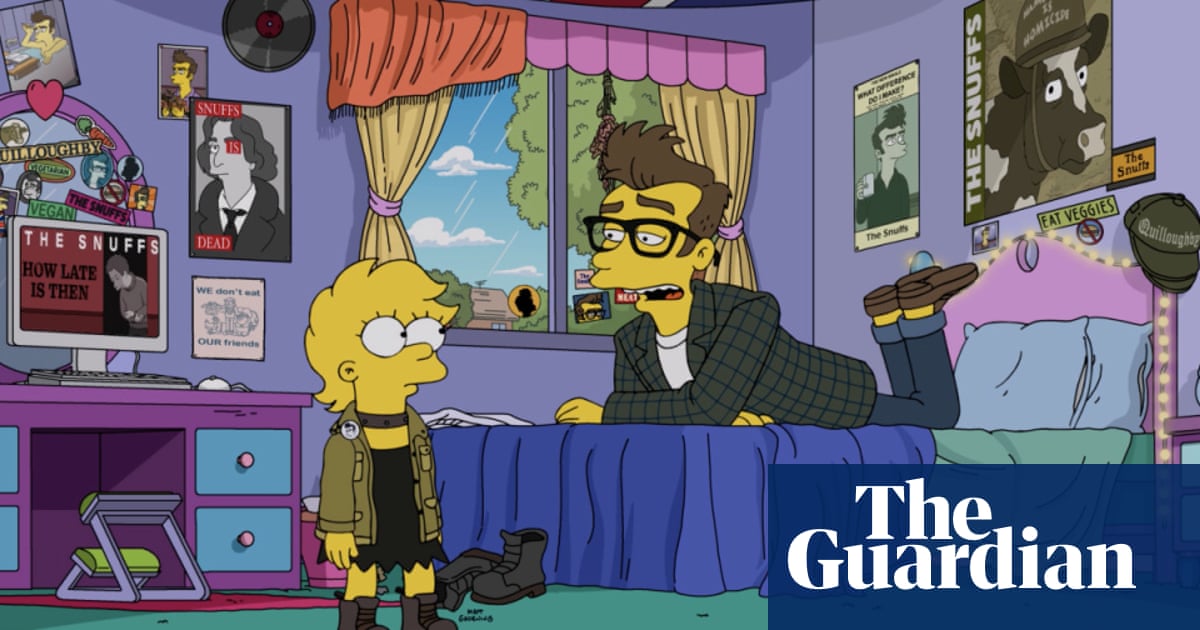 The Simpsons were given the wrath of Morrissey after it mocked the former Smiths frontman in an episode of the show.

The singer was satirized during an episode of Panic on the Streets of Springfield, which aired in the United States on Sunday night. Right now, Lisa Simpson is obsessed with a band called Snuff and is friends with Frontman Quilloughby.

7;80s, who, like Morrissey, is a vegetarian and sports a quiff. Now there are nods to other singers, including Oscar Wilde posters and parody titles like How Late Is Then, Hamburger Homicide, and Everyone Is Horrid except me and Possably You.

However, it turns out that Quilloughby was Lisa’s imagination, and her dreams were shattered as he transformed into a meaty and overweight gray man with anti-immigrant views.

Hours after the episode aired, a statement written on behalf of Morrissey by his manager Peter Cutis appeared on the singer’s Facebook page, calling the show. “Hurt the soul and racism”

“It’s amazing how writing for The Simpsons has happened in the last few years.” It’s amazing. “Messing with the subject is one thing … But when the show was downgraded to violent hate tactics like showing Morrissey with a belly hanging out of his shirt (When he has never looked that way before in his career) makes you wonder who the real racist hurts are here.

“To make matters worse, the Morrissey character is called racist without pointing out any specific case, just an insult to the artist.”

Morrissey, 61, has always denied racism. But in the past, it has been condemned many times for racist comments, including referring to Chinese people as “ethnic groups”. “Sub-species”, claiming they treat animals, call halal meat “evil”, saying the animals suffer and saying the Mayor of London, Sadiq Khan, was wrong.

He also expressed support for the far-right For Britain, wearing a logo during a US television show.

His manager’s statement, which did not explain how the Simpsons episode was racist, went on to say that the act of hypocrisy after Hank Azaria apologized for showing the Indian character Apu Nahasapeemapetilon. The latest of Hank Azaria to the whole India for his role in supporting ‘Structural racism’ says it all “The statement said.

Screenwriter Tim Long once told Variety that the characters weren’t based solely on Morrissey, “I stick with that. This character is Morrissey-esque Absolutely, there could be a little dash of… Ian Curtis of Joy Division and many others. ”

Inspired by the love of British indie bands in the 1980s, he told Variety how seeing Smiths on the tour of The Queen Is Dead changed his life, now with a parody song written by Long. And Flight of the Conchords songwriter Bret McKenzie.

The episode is expected to air in the UK on Sky One next month.

Miley Cyrus has signed a massive deal with NBCUniversal that includes a special Pride concert.