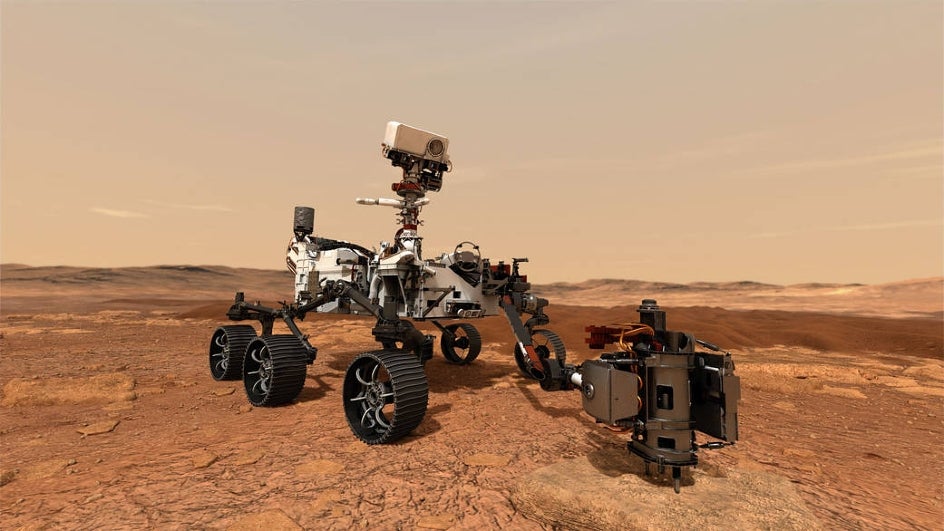 In its first trouble since its first flight in April, NASA’s Ingenuity Mars helicopter suffered a navigational error on its sixth flight on the Red Planet and traversed more than 20 degrees.

However, Ingenuity was able to maintain flight and land safely on the surface at its intended landing point. US space agency said on Thursday

It took approximately 54 seconds to complete its sixth flight on May 22. At an altitude of 33 feet (10 meters), the plane was damaged by a camera-guided imaging system.

In addition to the loss of images It also results in all subsequent navigation images being sent with incorrect timestamps.

As a result, Ingenuity began to adjust the speed and tilt back and forth in a vibrating pattern. This behavior persisted throughout the rest of the flight.

“The resulting inconsistencies greatly reduced the data used in helicopter flight. As a result, the ‘corrected’ estimate is continuously ‘corrected’ to account for latent errors,” said Grip.

The helicopter landed safely due to some design features, Grip said.

The helicopter is designed to withstand major faults without instability. including timing errors Other design decisions that did not use camera footage during the final landing also played a role in helping Ingenuity land safely.

“Ingenuity ignores the camera image in the final moments of the flight, stops shaking, adjusts attitude and taps the designed speed,” Grip said.

“In the true sense Intelligence strengthens the situation. And while the flight discovered a timing vulnerability that must now be fixed. But it also confirms the strength of the system in many ways,” said Grip.

Ingenuity Mars flew to the Red Planet on Feb. 18 while trapped in the belly of NASA’s Perseverance rover.

It became the first company to test the flight of energy on another world and to capture the color of the Martian surface. on the fifth flight The small helicopter also completed its first short one-way trip.

The above article was published by a late representative with minimal modifications to the topic and text.