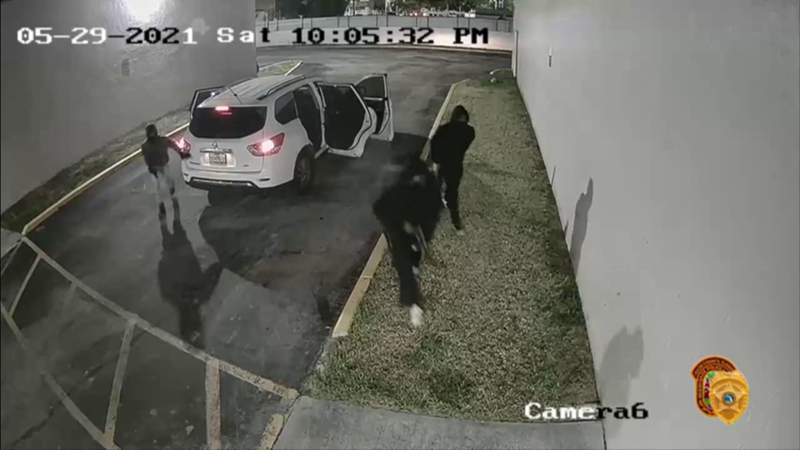 In just 10 seconds, they killed two men and wounded 21 inside and outside El Mula Banquet Hall at 7630 NW 186 St. north of Hialeah.

Organizers have advertised it as a party for 24-year-old Courtney Paul Wilson, better known as ABMG Spitta, celebrating the release of his new album “Round of Applause: Book of Spitta, Vol. 1

The victims of the shooting were aged 17-32, and five were women in their 20s, 23, 26 and 31, most of them men. The grieving father identified one of the 26-year-old men who had died as Clayton Dillard.

on monday Detectives said they found a stolen Nissan Pathfinder in a canal. According to the Miami-Dade Police Department, 17 victims, including five women, remain at Jackson Memorial Hospital.

The hospital named three of them, a 31-year-old woman and two men, aged 21 and 25, in critical condition, police said on Monday morning.

Miami-Dade Detectives are asking anyone with information about the shooting to call Miami-Dade Crime Stoppers at 305-471-8477.

$130,000 was awarded for information leading to the arrest and conviction in this case. Marcus Lemonis contributed $100,000, the Bureau of Alcohol, Tobacco, Firearms and Explosives donated $25,000 and Miami-Dade Crime Stoppers contributed $5,000.