New NASA photos show the ‘intense energy’ of our galaxy. 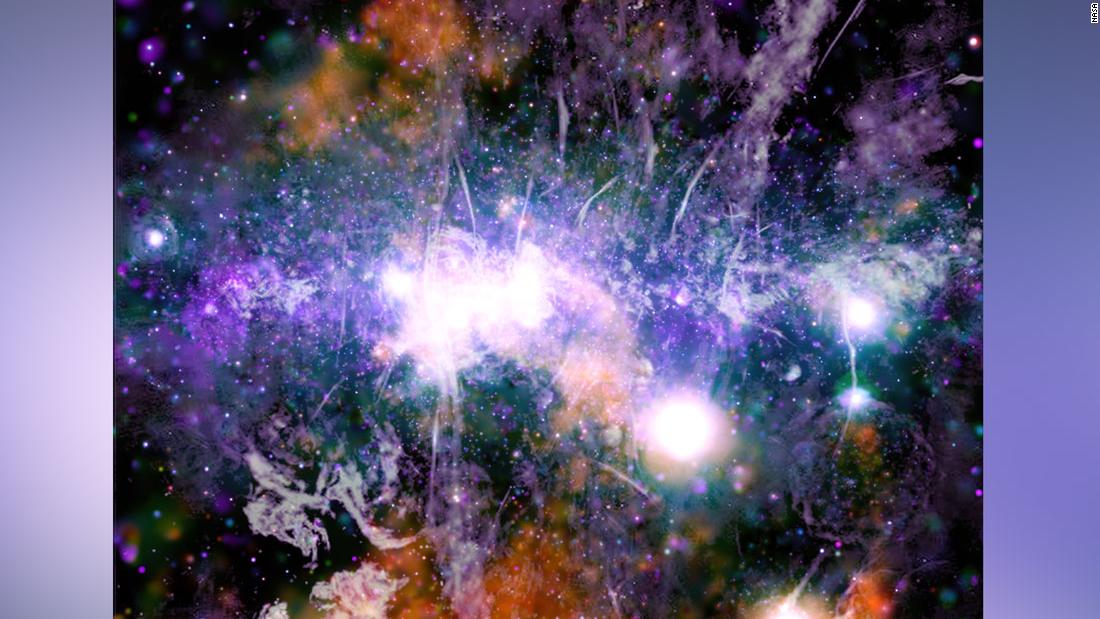 This stunning panorama was compiled using data from NASA’s Chandra X-ray Observatory and the MeerKAT Radio Telescope in South Africa.

The images also recorded an X-ray thread called G0.17-0.41, which the researchers say has a mechanism that can control the flow of energy and even the evolution of the Milky Way.

“Galaxies are like ecosystems,” astronomer Daniel Wang of the University of Massachusetts Amherst explained in a statement. “We know that the center of the galaxy is where action is and played a huge role in the evolution of galaxies.”

Our own galaxies are difficult to study because they are obscured by gas and dust mists. But researchers were able to penetrate the fog using the Chandra X-ray Observatory. which sees X-rays instead of visible light

Research published in the journal Monthly Notices of the Royal Astronomical Society provides the clearest to date picture of a pair of X-rays emitted from near the black hole at the center of the galaxy.

The researchers were particularly interested in the X-ray thread G0.17-0.41, which Wang said “reveals a new phenomenon.”

“This is evidence of an ongoing magnetic reconnection event,” the title wrote, Wang said, possibly referring to “just the tip of a reconnected iceberg.”

Magnetic reconnection events occur when opposing magnetic fields are forced together and combine to produce large amounts of energy. These events produce the Northern Lights and are responsible for phenomena such as solar flares.

“It was a serious process,” Wang said.

Scientists now think that magnetic reconnection also occurs in interstellar space and occurs at the outer boundary of the expanding plume that ejects from the center of our galaxy.