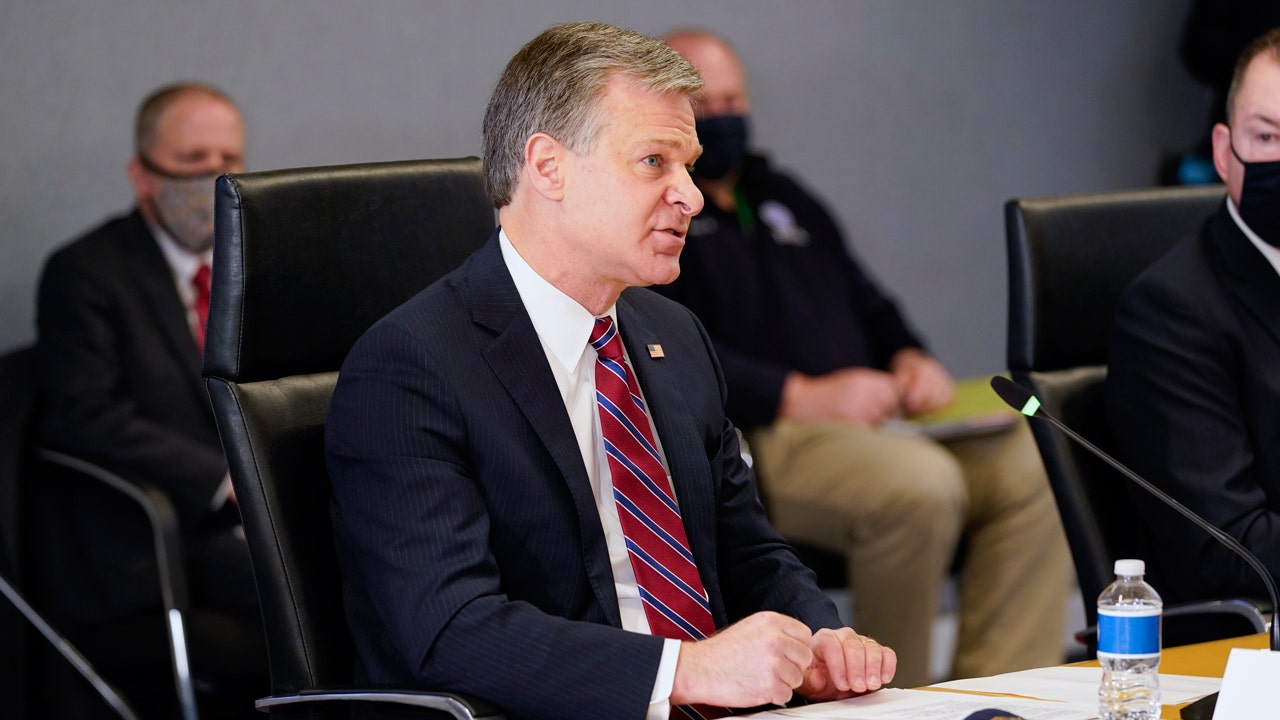 FBI Director Christopher Ray warned on Thursday that authorities were pursuing calls to have “Armed protests” in Washington, D.C. and state agencies across the country ahead of the inauguration of President Joe Biden on Jan. 20.

In a briefing with Vice President Mike Pence, Wray said the FBI was “seeing a lot of online chatter” ahead of the event, which said a senior national security official. It will come just two weeks after supporters of President Trump storm the U.S. Capitol in an unprecedented security breach.

“Anyone planning or attempting violence in the coming weeks should trust the visit,” Wray said during the briefing. “Together with our partners here, in the district and across the country, we will do everything we can to ensure a smooth transition to power in the coming days.”

Authorities have ramped up security efforts before the riots opened, sending about 21,000 members of the National Guard to Washington, D.C., shutting down roads and installing security fences. The FBI set up a national command at its headquarters to assess potential threats, including post orders in dozens of field offices across the country.

The FBI identified more than 200 suspects in the state agency’s riot investigation and made more than 100 arrests, according to Wray.

“We are looking for people who may have the same interest in repetitive violence we saw last week,” he said.

Wray added that the FBI had begun submitting relevant information about the potential threat. “As soon as possible” to law enforcement partners across the country.

Pete Gaynor, Acting Secretary of Homeland Security, said preparations were made. “For more than three years” to secure the inauguration. Law enforcement status It “covers most of downtown Washington, DC” through a collaboration between the Federal Emergency Management Agency (FEMA), the FBI and the Secret Service.

“We are very confident in our security plan,” Gayner said.

Pence, who led the security briefing, reiterated his pledge that the outbound administration would facilitate the transfer of power despite security threats.

“Americans can rest assured that our management will continue to work every day between now and January 20 to ensure orderly change,” Pence said. “We will continue to work with the agency. All represented here, and tens of thousands of men and women who work around the clock to ensure the safe inauguration of the elected president for the elected vice president and for everyone. American “