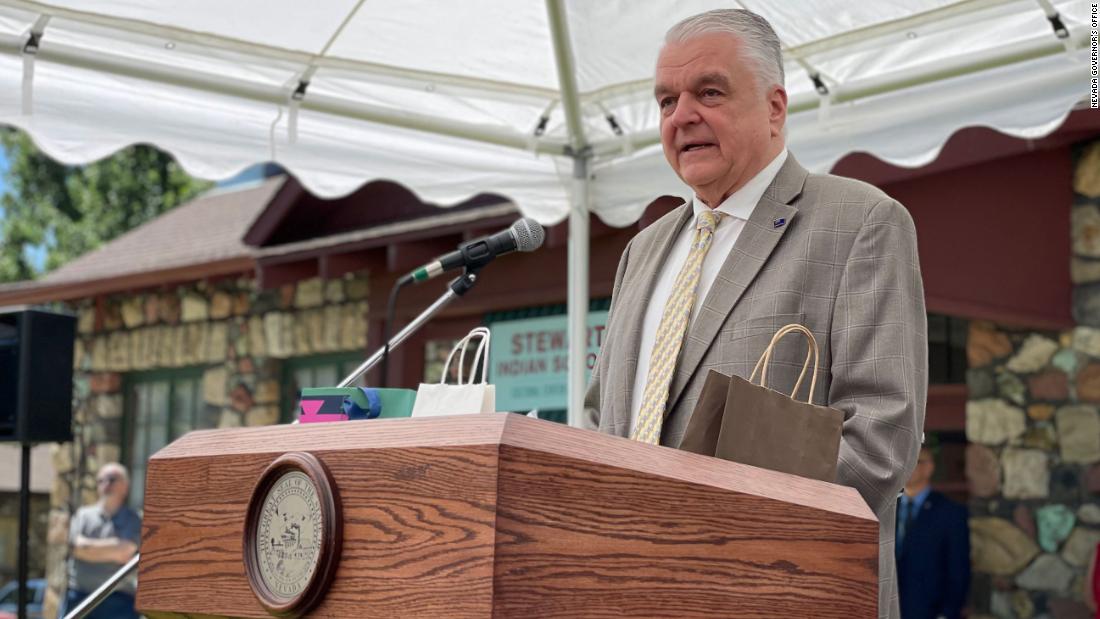 Governor Steve Sisolak was joined by members of the Nevada Indian Commission and tribal elders during the signing.

Assembly Bill 88 prohibits the use of “names, logos, mascots, songs or other identifiers. relating to the U.S. or federally recognized Indian tribes” except when the tribe has specifically authorized the school to do so.

The new law also prohibits communities from sending signals related to past laws. “This requires that persons of any race, ethnicity, ancestry, origin or skin color must leave the city within a specified period of time.”

This measure is aimed at Minden City. The sound of sirens blasting at 6:00 p.m. every night is linked to a 1917 racist law ordering members of the Washoe tribe to leave the city at 6:30 a.m., the newspaper notes-delivery.
“It is still profoundly painful,” bill supporter Howard Watts, who supported the bill, told CNN affiliate KRNV. “There are also members of the Washoe Tribe and others who know what it means. How when that thing is extinguished?”
The decree was repealed in 1974, but the sirens still sounded nightly. Minden city manager JD Frisby told the Reno Gazette Journal that they did not consider the language on the bill to apply to them. Because they stated that the night sirens were not related to the sunset law. But it is intended to honor volunteer firefighters.