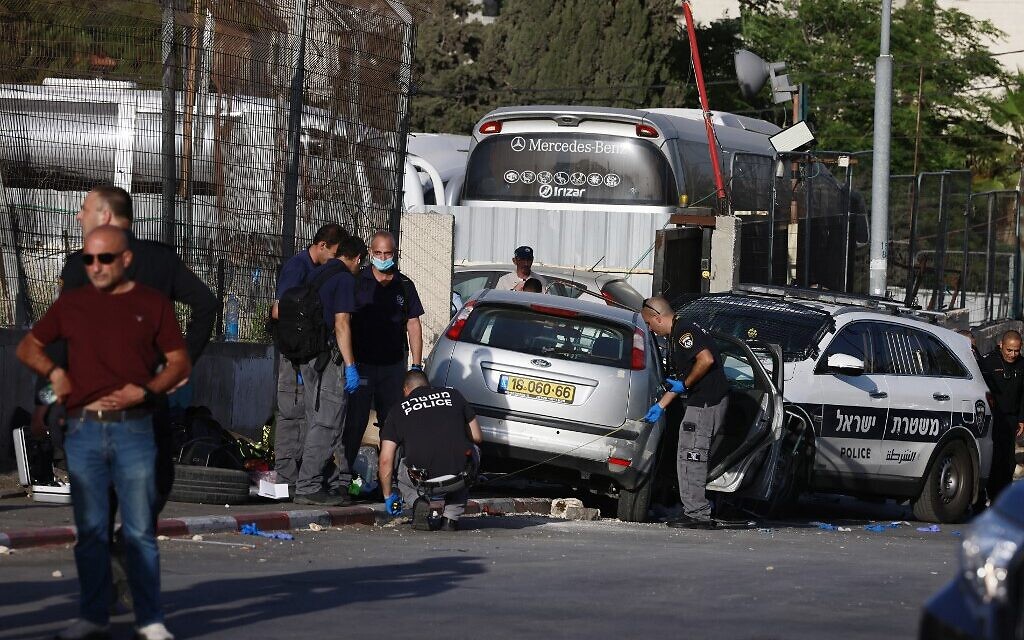 According to police, the Palestinian attacker charged his car into a makeshift police checkpoint and overtook officers before being shot dead by militants.

The attack took place on Nablus Road in the Sheikh Jarrah neighborhood in East Jerusalem, where several Palestinian families face evictions pending trial in a lengthy legal battle over a home claimed by nationalists.

The tense neighborhood has recently seen intense clashes between Palestinians and far-right Israelis, as well as the police force, in recent weeks. Violence reached its peak on Monday when militants Hamas fired rockets from Gaza after giving Israel an ultimatum to withdraw all troops from the neighborhood and the nearby Temple Mount in Jerusalem̵


Sunday’s attack injured seven people, including those receiving treatment for gunshot injuries, according to a hospital spokesman after being shot by a colleague while trying to counter the threat.

But police later said the police were not injured by the gunshot, according to medical officials. 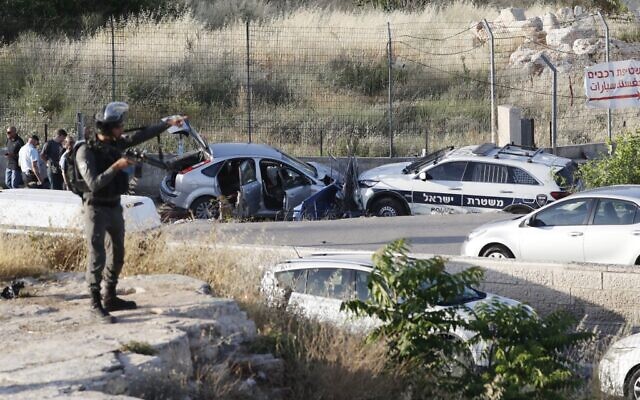 An Israeli border policeman pointed out on May 16, 2021 at the point of a car attack that wounded several police officers in East Jerusalem’s Sheikh Jarrah neighborhood (Ahmad GHARABLI / AFP).

The attacker, who lived in East Jerusalem, was shot dead by the authorities, media reports.

Images of the attack, broadcast live on Palestinian state broadcaster Palestine Television, showed a vehicle hitting a group of officials.

Another video showed protesters holding signs as cars dashed at officers in the background.

In addition to the raid on Sheikh Jarrah, there have been several attacks in the West Bank in recent days. On Saturday night, a Palestinian was shot and killed while attempting to attack near Dahariyya junction in the southern West Bank. Another similar effort near Ofra on Friday resulted in the death of the attacker.

Violence in the West Bank has risen since militants in Gaza began launching rockets on Israel on Monday amid rising Israeli-Palestinian tensions centered on Jerusalem, sparking the most violent fighting. In seven years