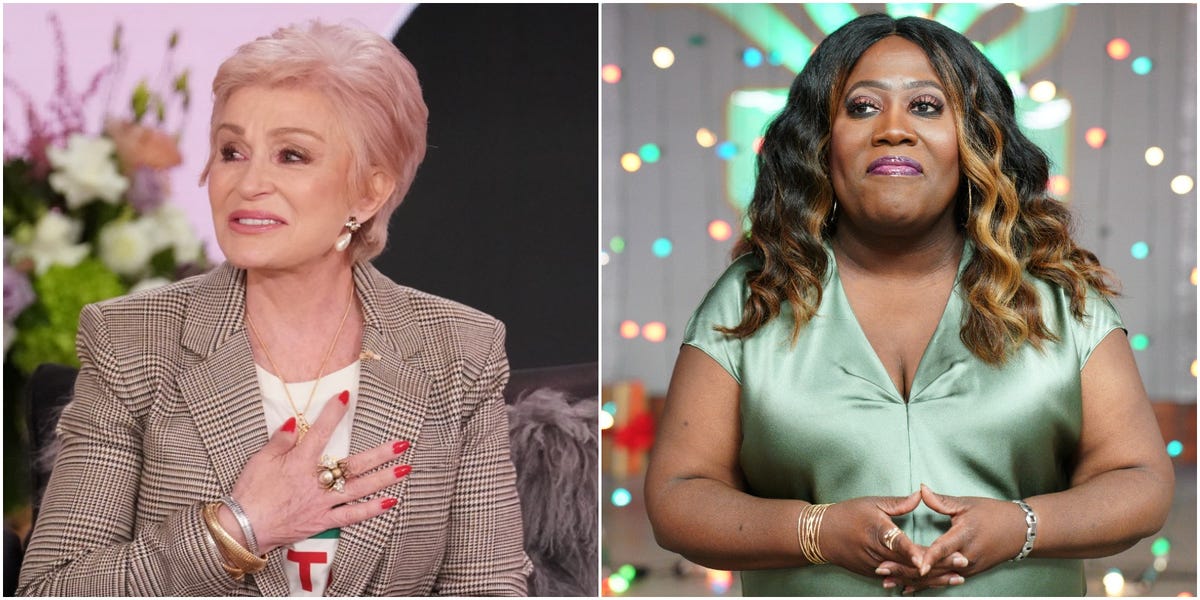 Sharon Osbourne shared a screenshot of the message she said she sent Cheryl Underwood to apologize for an on-air conversation about “The Talk” that caused Osborne to leave the show.

Underwood spoke of Osborne’s exit for the first time, Underwood spoke about the drama in her three-part podcast series in early April entitled “Sharon Walks Away.”

Underwood was asked if Osborne contacted her, to which Underwood categorically replied: “No.” Underwood shared her phone history to try to verify the claim and said the two were not. Say since the last time they were together

However, Osborne said she had contacted her former colleague.

Osborne showed a screenshot of the message she said had been sent to Underwood. The first was on March 12, just two days after the first debate took place in “The Talk,” which began when Osborne defended her friend Piers Morgan from accusations of racism. by his reaction to the interview, Prince Harry and Meghan Markle with Oprah Winfrey.

Osborne’s message to the Daily Mail said: “Cheryl, my heart is heavy and deeply saddened by the incident on Wednesday. Khun F — During the break, I apologize for accusing you of fake crying while we were on air, and I’m sorry for causing me to lose my temper with you.

Osborne wrote that she felt. It was “shocked, scared and sad” from the conversation that took place and added that it felt like Osborne said she and Underwood have always had a background for each other.

The text conversations in the screenshot were left for three days until March 15, when Osborne sent a second message to Underwood.

It displayed Osborne’s message: “I know you are using the space and I don’t want to disrespect that. I am just in touch because I want you. [to] Know i’m missing you If you’re willing, can we talk before Wednesday? “

Again, the message doesn’t seem to be answered. Three days later, on March 18, the screenshot shows the third and final message: “Sheryl, I miss you, hope you are well, send my love.”

In addition to these shared screenshots, Osbourne told the Daily Mail that she personally apologized to Underwood in her dressing room. Osborne did not specify how Underwood responded. But she told Mail: “Why are you saying I never apologize to Cheryl? What are you trying to do to me? Why are you trying to damage my reputation? Just tell me honestly.”

An insider has contacted a representative for Underwood for comment.

This is the latest development in the saga that began when Osbourne left “The Talk” after it disappeared and was undergoing an internal review of the show from CBS. March 10, the values ​​were inconsistent.

The investigation was launched after “Talk” co-host Elaine Welteroth and her hairdresser filed a complaint about “Talk”. This came right after a fierce exchange on the March 10 show, during which Osborne broke down with tears protecting Morgan.

Osborne tweeted an apology to Blacks for the exchange on March 12.

Osborne said she was “blind” to questions about Morgan on the March 10 show, and that CBS executives pushed her co-workers to ask questions about him. However, on her podcast, Underwood said that she was moderating that conversation and that none of the questions came from more advanced people.