Small fish robots swim in the school just like the real thing. 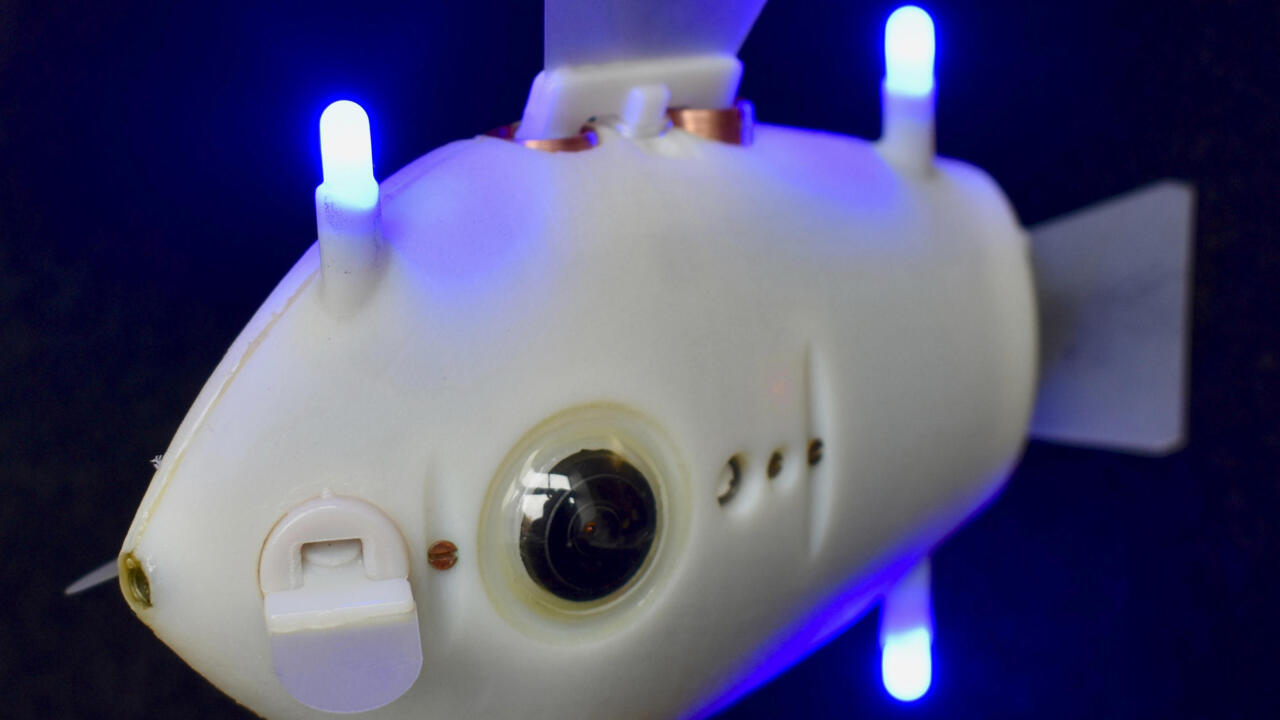 Inspired by the way schools of fish intuitively coordinate their movements, Harvard scientists have designed a tiny underwater robot that can create independent swarms.

Each robotic fish called “Bluebot” has a camera and a blue LED that detects the direction and distance of each other within the water tank.

They swim using fluttering fins rather than propellers, which improves their efficiency and maneuverability compared to standard underwater drones.

“It is certainly useful for future applications, for example, an open ocean search mission where you want to find people in need and help them quickly,”

Other uses may include environmental audits or infrastructure audits.

An underwater multi-robot system that contains live individual robots that communicate with each other over radio and transmit GPS position.

The new system approaches fish imitation of natural behavior, which exhibits complex and coordinated behavior without following the leader.

The 3D-printed robot is approximately 10 centimeters (4 inches) long, and part of the design is inspired by a blue-stained fish native to the Indo-Pacific reefs.

The robot uses the camera’s “eyes” to detect other robots in ambient vision, and then engages in self-organizing behaviors that include blinking lights simultaneously, arranging them in circles and gathering together. Around the target

Berlinger describes a test in which robots are spread over a water tank to find a light source.

When a robot finds a light, it sends a signal for others to come together to demonstrate a search and rescue mission.

“Other researchers have reached out to me to use my Bluebots as fish representatives for the biological studies of swimming and the study of fish,” Berlinger said, explaining that the robot group can help us. Learn more about the overall intelligence in nature.

He hopes to improve the design to be LED-free and can be used outside of the laboratory, such as in coral reefs.

Volcanoes may light up the night sky of this super-Earth exoplanet.

A large asteroid called an apophis zips through the Earth quietly.