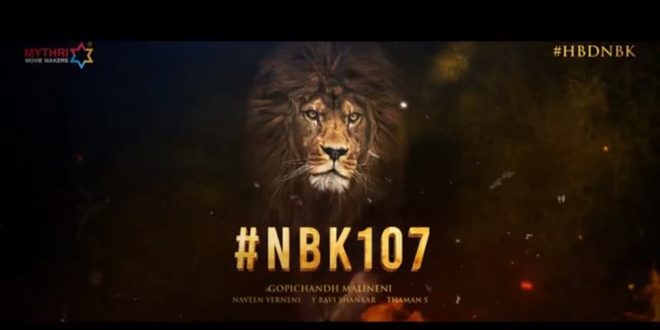 Posters and videos are published by the producers. The video saw a lion walking and roaring furiously. And in the meantime there were pictures showing Balakrishna as a lion. Apparently the director was happy to convey that Balakrishna played an energetic and distinctive role in the film. S Thaman enhanced the picture with his music.

As we reported earlier, Gopichand Malineni did some basics during script work. Because the story is inspired by real events. The regular filming of this movie begins after Balakrishna finishes Akhanda.

Other details of the film will be revealed later.