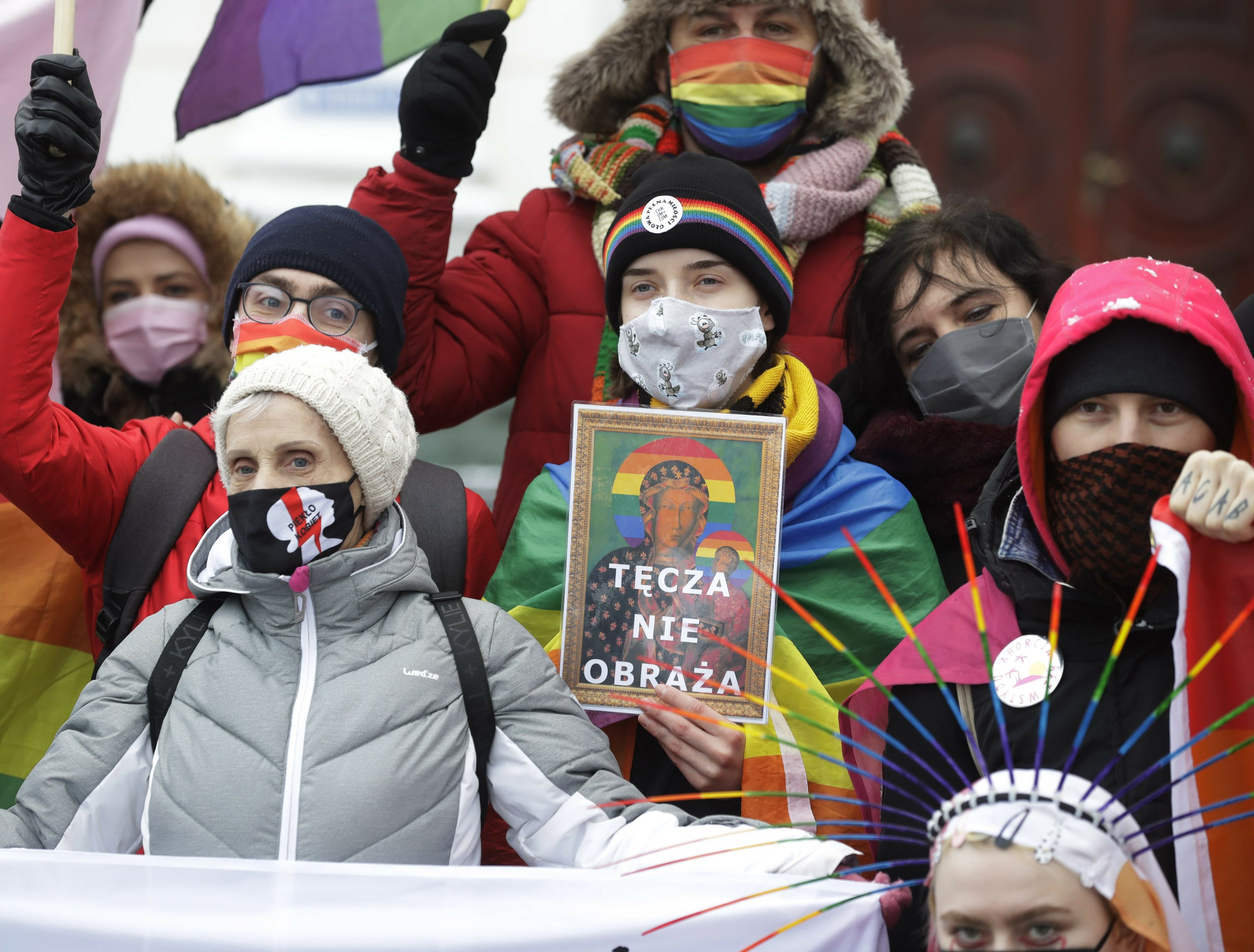 PLOCK, Poland (AP) – Three human rights activists came to Poland on Wednesday for defaming and offending religious feelings by adding a rainbow symbol of the LGBT rights movement. On a poster of revered Roman Catholic icons and depicts the changing public, including junk. Mobile trash and toilets

Activists said they created a poster that used a rainbow instead of a halo in the icons of the Black Virgin Mary and the Child Jesus to protest what they saw as the enemy of the Catholic Church with Polish influence on LGBT people.

Elzbieta Podlesna, one of the defendants, said in court Wednesday that their 201

9 action in Plock occurred in an installation at the city’s St Dominic Church linking LGBT people to crime and negative behavior.

The trio did not deny placing posters on walls and elsewhere around the church, but did not admit to stickers with images on the trash bin and toilets. They denied wrongdoing.

Polish media said the other defendants were Anna Prus and Joanna Gzyra-Iskandar.

Activists could be sentenced to up to two years in prison if convicted of showing their religious convictions and contempt for Poland’s most revered icon, the Mother of Cestochowa, popularly known as the Cestochowa. Black Virgin Mary of Cestochowa

The original icon has been located at the Jasna Gora Monastery in Czestochowa since the 14th century.

Supporters with rainbow flags and banners reading “The Rainbow Gives No Offense” gathered outside the court. A decision is not expected on Wednesday.

Podlesna was arrested on the morning of a police raid on her apartment in 2019.She was detained for hours and questioned over posters of the icon placed around Plock.The court later said the detention was unnecessary and there was. An order to claim damages equal to $ 2,000 given to her.

The case highlights clashes on social issues in most of the Polish Catholics. The country’s right-wing government supports laws against contempt and religious symbolism. Advocates of LGBT rights say the law is used to deter human rights and freedom of speech.

The Covid-19 baby bust is here.