The mayor of Madrid said the blizzard had caused nearly $ 2 billion in damage. 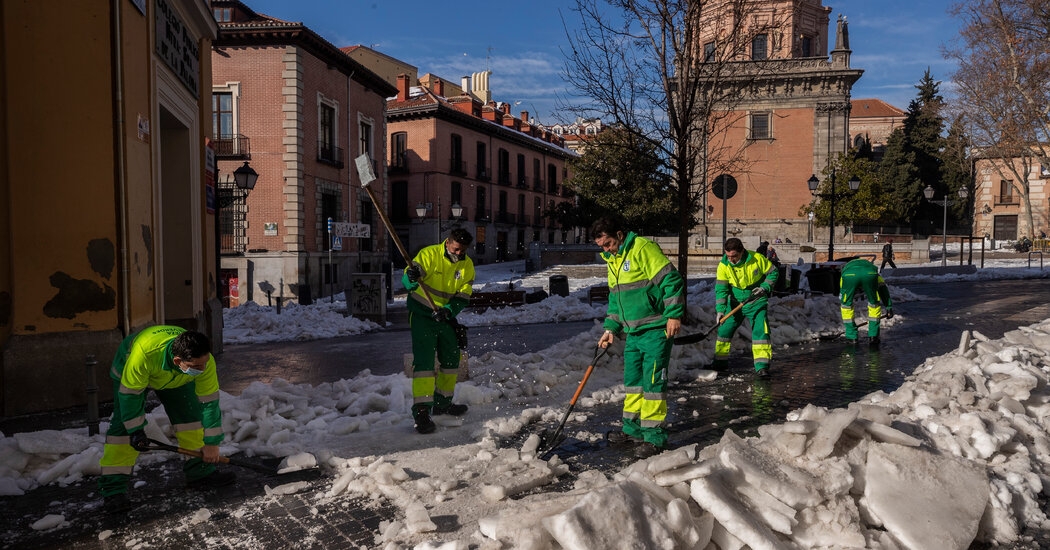 MADRID – Madrid’s mayor on Thursday called on the federal government to declare the Spanish capital a disaster zone, warning that the damage caused by last weekend’s blizzard would cost at least € 1.4 billion, or $ 1.7 billion in revisions

Mayor José Luis Martínez-Almeida Told a news conference that determining a disaster will release an emergency fund and make sure “Anyone who is damaged will be compensated as soon as possible.”

Madrid are struggling to reopen roads to traffic and clear the snow covered the city on Friday and Saturday. The storm, dubbed Filomena, caused the heaviest snow Madrid has seen in almost 50 years, dropping more than half a foot on 6.6 million people living in the city and surrounding areas.

On Thursday, city hall officials warned it would take days to clear all roads.The work was slowed by the frigid weather expected to last until the middle of next week. The Spanish weather office forecast Thursday that this 10-day freezing temperature will be the longest period of weather to hit Madrid in two decades.

Madrid’s airport closed for most of the weekend and resumed regular flights on Thursday, while schools and sports centers will remain closed until Monday.

Snowfall also destroyed parks around the capital, with damages recorded for 11,000 of the 17,000 trees in Retiro Park, according to local authorities.

More than 700 soldiers were deployed to help in urban services to clear snow in Madrid and neighboring Castilla-La Mancha.Despite their best efforts, 127 roads remained fully closed to traffic on Thursday.

The storm has stagnated Madrid and disrupted nationwide transport, just as Spain entered the third wave of the coronavirus outbreak. On Wednesday, Spain’s health ministry recorded the largest number of new cases since the March pandemic in Spain. More than 53,000 COVID-19 deaths are among the highest in Europe.

Snow has also hindered the country’s vaccination campaign, which began in late December. In Madrid, many health care workers are forced to work special shifts to cover colleagues who are unable to go to hospital due to snow and ice.