Breaking News
Home / World / The situation in Ethiopia is ‘grim’. Tigray: WHO chief

The situation in Ethiopia is ‘grim’. Tigray: WHO chief 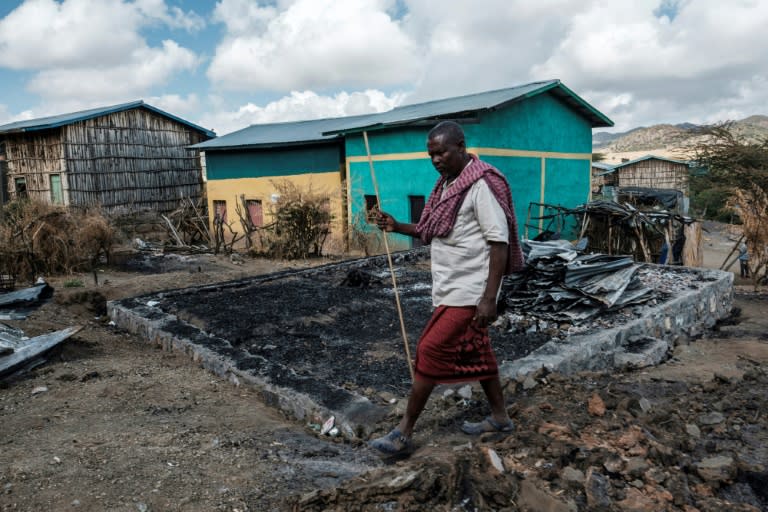 The Tigray region, hit by the Ethiopian conflict, is facing a grim situation, with hunger deaths, destroyed health services and “rampaging” rapes, the region’s WHO head said on Monday.

“The situation in Tigray, Ethiopia, is, if I use one word, it’s terrifying,” said WHO director Tedros Adhanom Ghebreyesus at a press conference.

Nobel Peace Prize Laureate Abiy declared victory later that month when the army entered the capital of the Mekele region.

But the fighting continues and the six-month conflict has sparked allegations of massacre and rape by Ethiopian forces and forces from neighboring Eritrea.

Tedros points out that around five million people in the region are in need of humanitarian aid and, in particular, food aid.

“Many people begin to die of extreme and acute hunger and malnutrition, which are becoming a serious epidemic,”

Hundreds of thousands of people have also fled their homes and more than 60,000 have fled to Sudan.

At the same time, health services were robbed and destroyed, he said, adding that “Most of them don’t work”

The head of the World Health Organization also condemned the widespread use of non-discrimination killings and the use of sexual violence in the conflict.

“Rape is on a rampage, I don’t really think it has any size anywhere else in the world,” he said.

Asked about the Covid-19 situation in his home region, Tedros said there was no service to control the disease. But said it was not the most important when compared to other crises.

“For the most part, we are not even in a position to talk about COVID because there is a more pressing problem.”

One of the most pressing problems to address is the full access to humanitarian and aid workers.

Global leaders and aid agencies have repeatedly called for full-scale, humanitarian access to areas in crisis due to fears of impending disasters.

On Friday, the EU continued to condemn the blocking of regional aid, condemning it. “Using humanitarian aid as a weapon in war”

Michael Ryan, WHO emergency director, warned on Monday that “The access to victims in Tigray is still unpredictable.”

As most health facilities have been destroyed, the United Nations health agency is concerned about the increased risk of cholera, measles and other outbreaks, he said.

“We still have a problem getting the cholera (cholera) vaccine on and on,” he pointed out, emphasizing the need to “Take those quantities” and plan an immunization campaign.