Ursula von der Leyen was left standing alongside her male counterpart in Turkey. 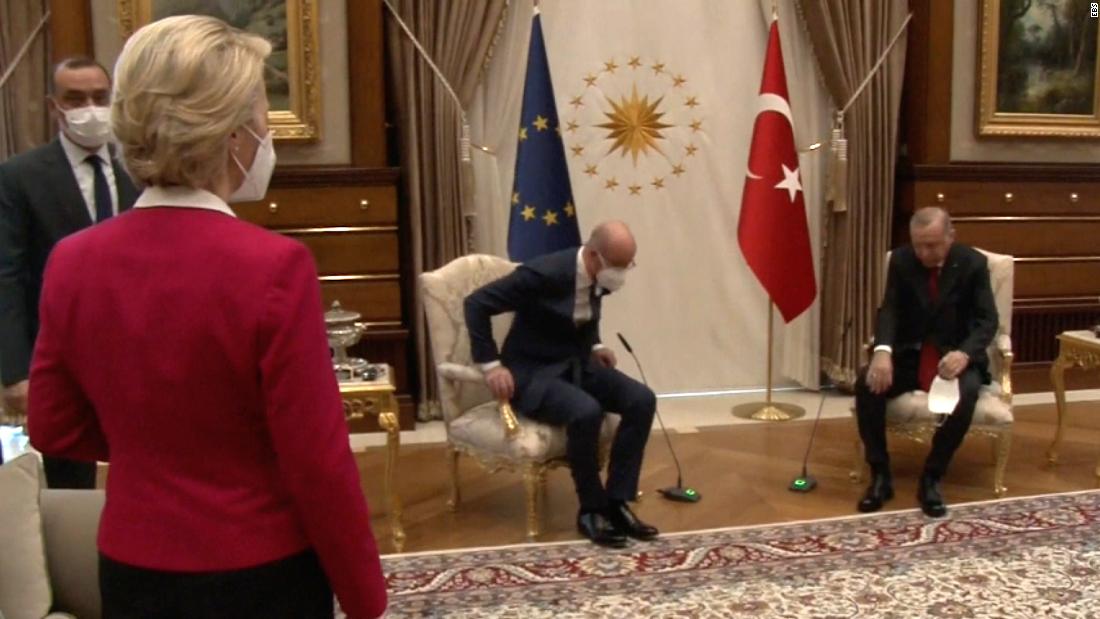 In the video, an awkward moment in Ankara, von der Leyen seems unsure of where to sit, take his right hand and say “uh” as Erdogan and Charles Michel, the president of the European Council, take their seats.

Von der Leyen was eventually offered to sit on a nearby sofa, opposite Turkish Foreign Minister Mevlut Cavusoglu, who held a lower position in the diplomatic protocol.

In the previous meeting, the three presidents sat together.

Eric Mamer, the European Commission’s chief spokesman, said von der Leyen was “clearly surprised and that’s what you can see in the video.” One type of seat instead of another, that̵

7;s what you have to ask the Turkish authorities.

Mamer said Turkey was responsible for organizing the meeting.

As the leader of the European Commission, the executive branch and the most powerful institution of the European Union, Der Leyen is one of the most influential women of the group. She previously served as the Minister of Defense of Germany.
The diplomatic hiccup was extremely uncomfortable as the EU condemned Turkey’s withdrawal from the Istanbul Convention, an international treaty aimed at preventing violence against women.

CNN has contacted both the EU Council and the Turkish president for comment.