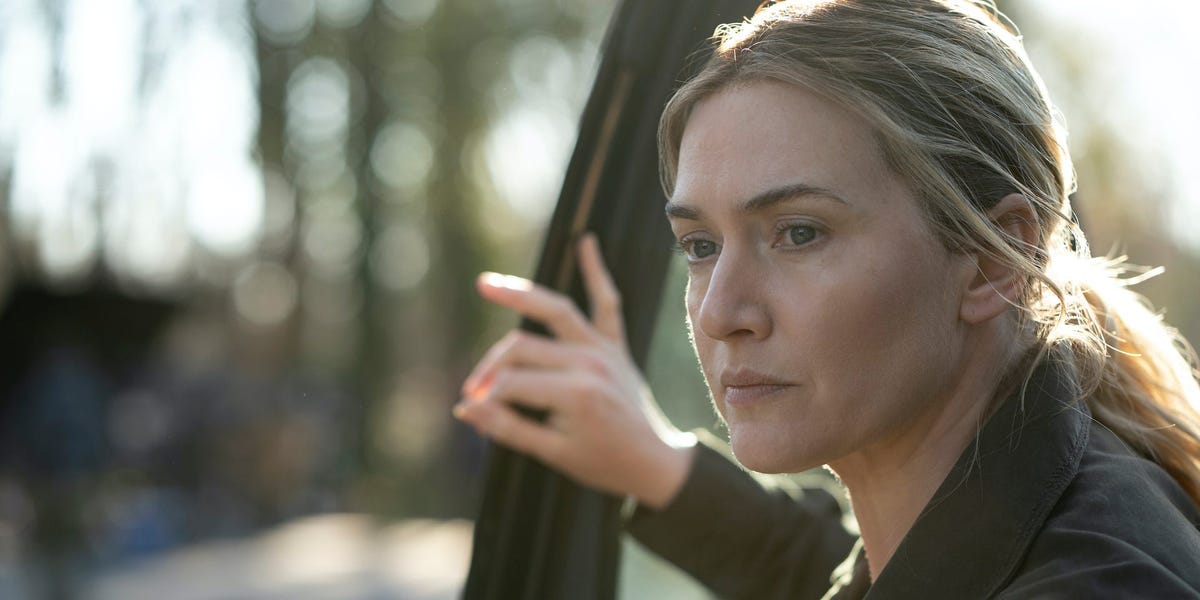 Warning: This post contains major spoilers for “Mare of Easttown” until episode six.

“Mare of Easttown” is going to air its finale this weekend, and we’ve got more than that Questions follow last Sunday’s sixth episode, which appears to reveal the murderer in the middle of the show.

The seven-part HBO thriller tells the story of a small town where young girl Katie (played by Caitlin Houlahan) has been missing for more than a year and another teenage girl, Erin (played by Cailee Spaeny) is found murdered.

Detective Mare Sheehan (played by Kate Winslet) is tasked with finding answers to these cases. As she works through some complicated issues in her personal life.

In the fifth episode, which airs on May 1

6, Mare finally meets Katie. Katie is captured by a local named Wayne Potts (played by Jeb Kreager) in his attic before Mare tracks down the kidnappers by use vehicle registration number

The final episode, which aired last Sunday, featured Billy, Erin’s older cousin. (Robbie Tann) confesses to killing her and is also the father of her child.

Even if the show has solved two of its greatest mysteries – Erin’s murder and Katie’s disappearance – viewers still have a few questions.

Where did Dylan go the night Erin was killed?

Dylan (played by Jack Malherne) was initially Erin’s future boyfriend and father of her child. Although the audience soon realized that he wasn’t really the father of the child and that Erin had a relationship with someone else (revealed that it was Billy in the sixth episode).

Dylan is rude to Erin and does nothing when his current girlfriend Brianna (Mackenzie Lansing) physically assaults Erin at a party at first.

His general displeasure gave him little sympathy for him in East Town. At least from Erin’s father. (played by Patrick Murney) who suspects Dylan killed Erin and shoots him in the back.

Being rude and disrespectful doesn’t always mean Dylan kills Erin, though. But Brianna questions some questions about his whereabouts on the night the young mother was killed.

“You know there was a lot that night — when I woke up. You’re not in bed,” Brianna tells Dylan in a heated conversation in episode five.

After he didn’t give her the correct answer and she lied about getting up to raise Erin’s son (in that series everyone still thought Dylan was the baby’s father), Brianna went to Mare in Episode Six: To tell detectives that Dylan disappeared from the house the night Erin was murdered.

definitely not make him look little Suspected that he had threatened Erin’s best friend Jess. (played by Ruby Cruise) with a gun to warn her not to speak to Mare and the police about the murder.

We don’t know much about the confrontation between Dylan and Jess. Except that it’s really Dylan. really I don’t want Jess to talk to the police. That brings us to our next question…

What’s in the picture that Jess showed the director?

Last Sunday’s “Mare of Easttown” episode ended in a frenzy that, despite Dylan’s severe threats. Jesse did not hesitate to contact Chief Carter. (played by John Douglas Thompson)

With her mother by her side, Jess showed her boss a photograph that visibly shocked him and made him say, “Go pick up the call Mare. Act now.”

In episode five, Jess, Dylan and the third teenager are seen burning Erin’s notebook. Jesse pulled a photo from one of the journals and hid the other two without telling them.

Jess will tell the boss in an off-screen conversation about what they did with Erin’s diary. and when he asked her why they burned the journal She created a picture.

Vulture writer Nate Jones suggests that in the picture you can see Erin. ” in the upper left corner of the frame by leaning back with her right arm wrapped around her chest.” Although it was inconclusive because all the viewers saw that the back was white.

Some “Mare of Easttown” viewers were determined to try to sum up the significance of the picture.

Although we may not know what is in Erin’s picture or record. But the chief’s facial expression said it was something very terrifying.

While episode six appears to reveal that Billy is Erin’s killer, “Mare of Easttown” viewers aren’t too sure.

Some fans think it’s actually John (played by Joe Tippett), Billy’s brother who killed Erin. And Billy is being set up or willing to fall to protect his brother and his family.

Even legendary horror writer and TV watcher Stephen King is skeptical of the description of Erin’s murder in Episode 6 and has his own theory of who killed the teenage boy. Although he said he would not speak publicly until later. final broadcast