Breaking News
Home / Science / When asked to fix something, we don’t even consider removing the parts.

When asked to fix something, we don’t even consider removing the parts. 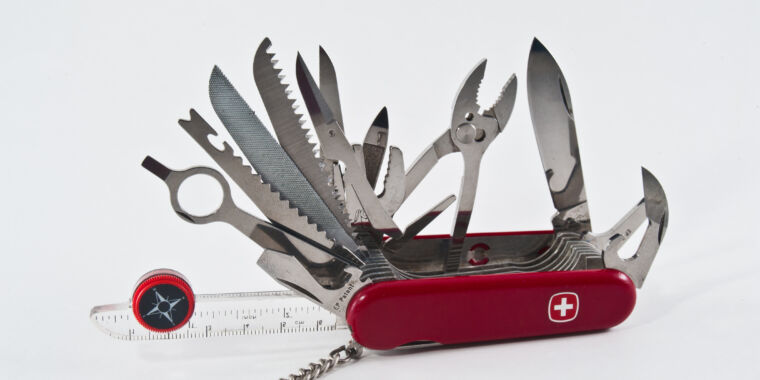 In society we seem to have mixed feelings about being better off adding or removing things, suggesting that “Less is more” and “bigger is better”, but these conflicting views emerge in a multi-billion dollar industry, with people appreciating the latest hardware and software features before mourning the added complexity. Let̵

7;s make the product difficult to use.

A team of researchers at the University of Virginia decided to look at this tense behavior, found in a new paper that most people default, assuming the best way to tackle the problem is to add new features, albeit easy. To overcome this trend with a simple poke But researchers suggest that this thought process may support the increasing complexity of the modern world.

The researchers said they were interested in the topic because they noticed that in addition to the lesser cautions, many fields have specific recommendations for improvement with subtraction. Editors warn authors about the use of language too much, social scientists speak of the need to remove barriers, and so on.

Perhaps the researchers argue that people have no problem remembering to add things even without reminders. So they gathered little information about people’s trends in this regard. They found that additive solutions were more common than subtraction methods. For example, when the incoming university chancellor requests ideas for improvement, only 11 percent of them are involved in getting rid of something. In an experiment involving creating patterns from colored squares, only 20 percent of the participants removed the squares to get the pattern, although either option worked equally well.

And it goes on When asked to improve their travel plans, only 28 percent of the participants did so by eliminating their destination. Improving the essay resulted in an increase in word count in all cases except 17 percent.People were not likely to put things out in a variety of contexts.

The next obvious question is, “Why?” It could be because people never thought about removing something, or it was possible that we took an idea and rejected it for a number of reasons. Another possibility is that we have adjusted the attitude. “More is better” internally, and that makes a solution that we view as a potential candidate inadequate. So the researchers designed a series of experiments to evaluate these different descriptions.

Why don’t I think so?

One of the experiments involved giving participants a pattern of colored and white squares and asking them to change the color to make the pattern symmetrical. In all cases, the symmetry is far and far easier by cutting out colored squares. But only half of the participants remember this solution. However, given little opportunity to practice, the rate of negative solutions was as high as 63 percent.

This seems to imply that people don’t always default to a negative solution. But in the end it will work. To further examine this question, the researchers performed the same experiment. But give additional exhibitors to distract them. This added cognitive load appears to reduce the chances of participants coming up with negative solutions, suggesting that people have to use their mental energy to overcome their natural tendency to ignore them. Select a deductible.

Two more experiments look at the same topic that caught the author’s interest: the slightest tug we used to get people to consider it might be less. Here, the researchers use a second set of control commands that place the task at hand, where the commands specifically address the option to delete something. It turns out that these pokes worked. In a conventional trial, the number of participants who recommended a negative solution increased by 20 percent compared to the control recommendations.

The researchers are also doing experiments on making the problem worse rather than improving it. There was no significant difference in using negative solutions between improving something and making it worse, suggesting that people don’t value complementary solutions simply because they view them as less negative.

Overall, the researchers concluded that people often don’t consider negative solutions. When they think about it, they tend to find that they are a good option. And the little notification seems to help people rethink the trend of adding more things as they make changes.

All this is useful knowledge. But it is important to recognize that there are reasonable and practical limitations regarding when negative solutions are appropriate. If you are giving the Chancellor for improvement advice on borrowing samples of the paper, suggesting eliminating some of your colleagues’ departments may not work. Additionally, in many cases, elements exist for reasons that might not be apparent without a deep understanding of the system. They may exist for aesthetic reasons.

Finally, we have to realize that there is always the value of adding something.

Still, the study provides a simple and effective solution to getting a more versatile solution, if appropriate, just reminding people that removing a feature is an option.